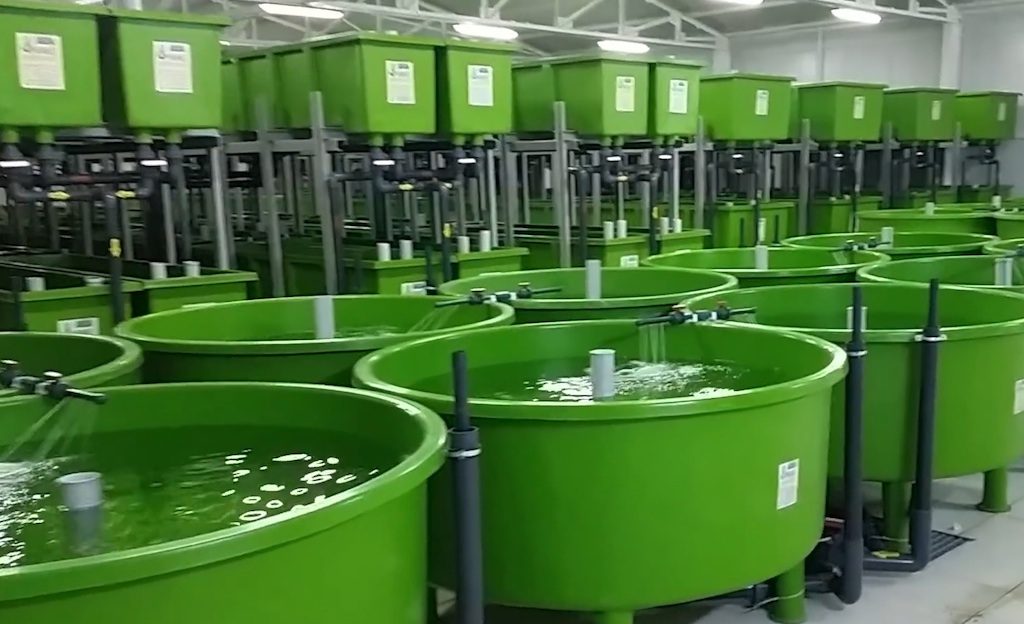 ​The operators of the first freshwater RAS hatchery in Turkey are on track to save the Salmo abanticus — a rare and endangered species or trout.

Rainbow trout (Oncorhynchus mykiss) and brown trout (Salmo trutta) are two of the most common species used for freshwater aquaculture in Europe. However, the salmonidae family also includes many others, some of which are in the Red List of Threatened Species. Abant trout (Salmo abanticus) is one of them.

The Abant trout is unique to Abant Lake in Bolu province, part of northern Turkey. It is under protection in its local habitat and therefore restocking has become an important issue for the future of this rare species.

However, good news for the Abant trout came about at the beginning of this year when it was successfully produced in a new state hatchery founded by Turkey’s General Director of Nature Conservation and National Parks, using the latest RAS technology. The aim of the facility is to produce young fish which will be used to re-establish self-sustaining populations.

This hatchery is also an important step for Turkish aquaculture production as it is the first freshwater RAS hatchery in the country.

I had an opportunity learn more about the facility from my friend Bülent Serdar Yıldırım, who is an aquaculture engineer and owner and general manager of Akuamaks Co., which built the new Abant trout hatchery.

Yıldırım said the project was initiated in 2013 and they chose a location near Abant Lake since the area is natural habitat for the species. They completed the hatchery at the end of summer in 2014 and started production using broodstock which had been previously captured from the wild and stored at another trout farm. Now they have their first 100,000 juveniles which will be used for restocking after selection for future broodstock candidates.

The hatchery has the capacity to incubate 2.4 million eggs and rear 1 million fingerlings. It has two separated RAS units, one for egg incubation and the other for larval and fry rearing. The unit for egg incubation has one micron water filtration and UV filtration is 400 joules per square meter. The unit also has a water heating-cooling system in order to fix hatching days.

After hatching of eyed eggs (32 days at 10°C), the yolk-sac larvae are transferred to the raceway weaning tanks which are 400x100x60 cm (length x high x wide) in the second RAS unit. The water depth of these tanks can be adjusted from 5 to 90 cm for larvae or fish needs. Yildirim noted that larvae are fed with Artemia nauplii after yolk-sac absorption is complete.

After adaptation to commercial feed, larvae are transferred to the circular tanks in the second RAS unit. This unit has 100 microns drum filtration, 25 microns auto filter with a self-cleaning system that’s easy to operate.

The RAS also has a group of sack filters which work from ten to one micron and a biofilter in the second RAS unit has a new generation of bio elements with 750 m2/m3 surface areas.

Yıldırım also noted that the new RAS hatchery has a research unit and it is open to innovative research projects. That is good news for the Turkish aquaculture industry which will now have another facility available for future scientific projects.

Most of the RAS components were produced in Turkey by Akuamaks Co. Akuamaks is a pioneering aquaculture company in Turkey with branches in Spain and Italy. The company builds a wide range of products from all kinds of RAS components to automatic feeders and HDPE cages. The company is also helping with development of the first crayfish RAS hatchery project in Turkey.

The Abant trout hatchery is run by two aquaculture engineers and two workers in consultation with Akuamaks Co.