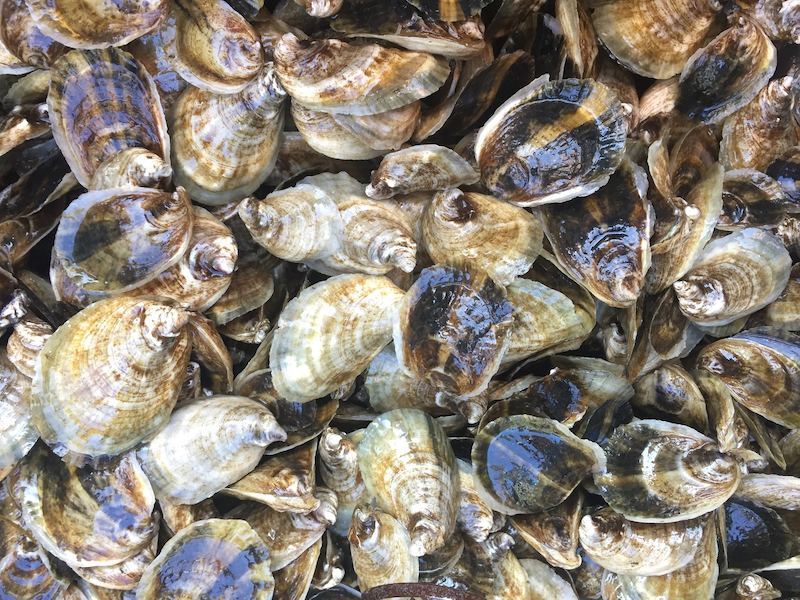 The project is expected to help Eastern Canada sustain its rapidly growing  oyster industry by reducing its reliance on wild-caught oyster spat.

“We feel this work is an essential part of the aquaculture industry’s development, as Canadian growers will need faster-growing oysters to optimize their site usage, and to maximize productivity. Because L’Étang Ruisseau Bar sells oyster seed throughout the Maritimes, the entire sector will be able to benefit from these efforts,” says L’Étang Ruisseau Bar hatchery manager, Martin Mallet.

Funded through Genome Canada’s Genomic Application Partnership Program (GAPP), the project aims to enable genomics-assisted selection in the Eastern oyster by generating a high-resolution map of genetic variability across the entire genome. The team will then select 200,000 single-nucleotide polymorphisms, which is expected to provide at least one variable locus per gene.

“By combining this genetic information with information about commercially important traits like growth rate, meat fullness, and survival, we will be able to direct select the individuals that possess desirable genotypes, as is done in other animal breeding programs. Collecting this sequence information is a large undertaking, which is beyond what a small company such as ourselves can take on ourselves,” says Mallet.

The $3.9-million project is co-funded by Genome Canada through Genome Atlantic and Genome Quebec, the Department of Fisheries and Ocean’s Atlantic Fish Fund, Mitacs, the National Research Council’s Industrial Research Assistance Program, and the Province of New Brunswick, in addition to a significant contribution by L’Étang Ruisseau Bar, an oyster hatchery and farmer of oysters and bay scallops.

The project team has also recruited Dr José Manuel Yáñez from the University of Chile and a leader in the application of genomic selection in aquaculture, and Dr Wayne Fairfull, a poultry breeder with decades of practical breeding experience.

The oyster industry in Eastern Canada posted roughly $31 million in revenues in 2017, a 25 percent increase from 2016.