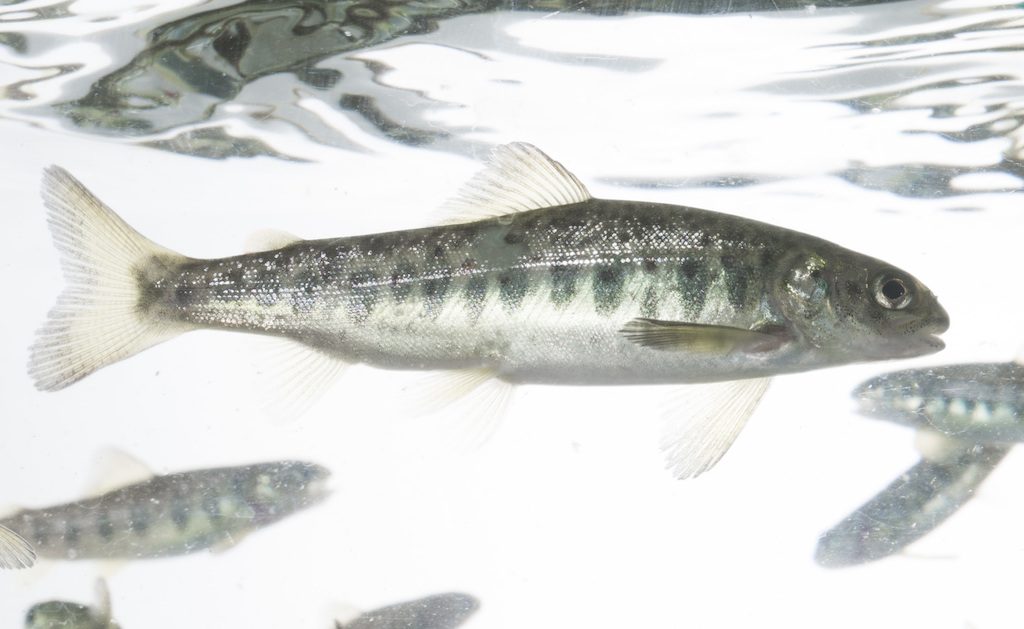 Every salmon hatchery manager would love to breed fish whose progeny are immune to certain diseases that harm fish as they grow to market size on the farm. They may get their chance sooner than they thought.

Researchers in Norway and elsewhere in Europe continue with research to develop new ways to manipulate salmon genes that will protect offspring from common fish illnesses like pancreas disease (PD).

The team in Norway, led by Nofima’s Hooman Moghadam, has identified the inheritable genetic component of the disease in Atlantic salmon which makes it possible for hatchery managers to breed fish with a natural resistance to the viral disease.

For fish with high breeding values for PD, the survival rate was close to 90%, while for fish with low breeding values, it was just below 60%. These findings were confirmed in two different infection test models: intraperitoneal and cohabitant infection, according to Nofima’s announcement.

“We essentially now have empirical data of the selective breeding that shows we can prevent PD,” Hooman told Hatchery International in a Skype interview.

Moghadam is very optimistic, explaining that the partners involved, including SalmoBreed, have so far done two infection tests with selected family groups of fish. When they saw big differences in the survival rates between the groups, already after a few generations’ selected, they knew that they were on the right track.

Funded by the Research Council of Norway’s HAVBRUK2 funding program, the research project, SalmoResist, aims to look at the connection between phenotypic properties and fish genotype.

Fish from families with high and low breeding values have been tested in the infection tests for their ability to resist infection by the PD virus. By analyzing the genomes of these fishes, a phenotypic trait such as mortality can be linked to variations in the fish’s DNA, allowing for a more efficient selection of PD-robust brood fish at an individual level, according to project papers.

Such information can be employed to increase the success rate through breeding and increase the safety of selection compared to traditional family breeding, according to the researchers.

“Our research shows that verification for selective breeding actually works,” she said.

Prior to 2015, SalmoBreed used a quantitative trait lotus (QTL) for selection of fish with higher tolerance against the PD virus. This has also been the method that significantly reduced the number of outbreaks of the IPN disease in salmon farming. QTL-based selection methods are most effective when the trait is controlled to a high degree by one or a few genes,

Hillestad explained that discovering such a powerful QTL as they found for IPN is a rare event and controls around 80-90% of the genetic variance of the fish’s resistance to the disease.

However, many characteristics are affected by a large number of genes. Alone, each gene has a small effect on a trait, but together they explain a large part of genetic variation which is where the genomic selection method (GS) comes in to play and has shown to be far more precise than just the QTL for many properties.

She explained that the ability to use the GS method depends on a good understanding of the genetic variations in the genome of the species.

Under the SalmoResist project GS is allowing researchers to evaluate the entire salmon genome of the species in order to identify variations associated with PD survival.

“By acquiring a deeper understanding of such factors, we have a much stronger capacity to breed effectively for resistance to the disease,” she said.

The new work also opens the door to researching genetic resistance to other salmon viruses and disease. Hillestad said her team has seed in the pipeline to research infectious salmon anemia (ISA) as well.