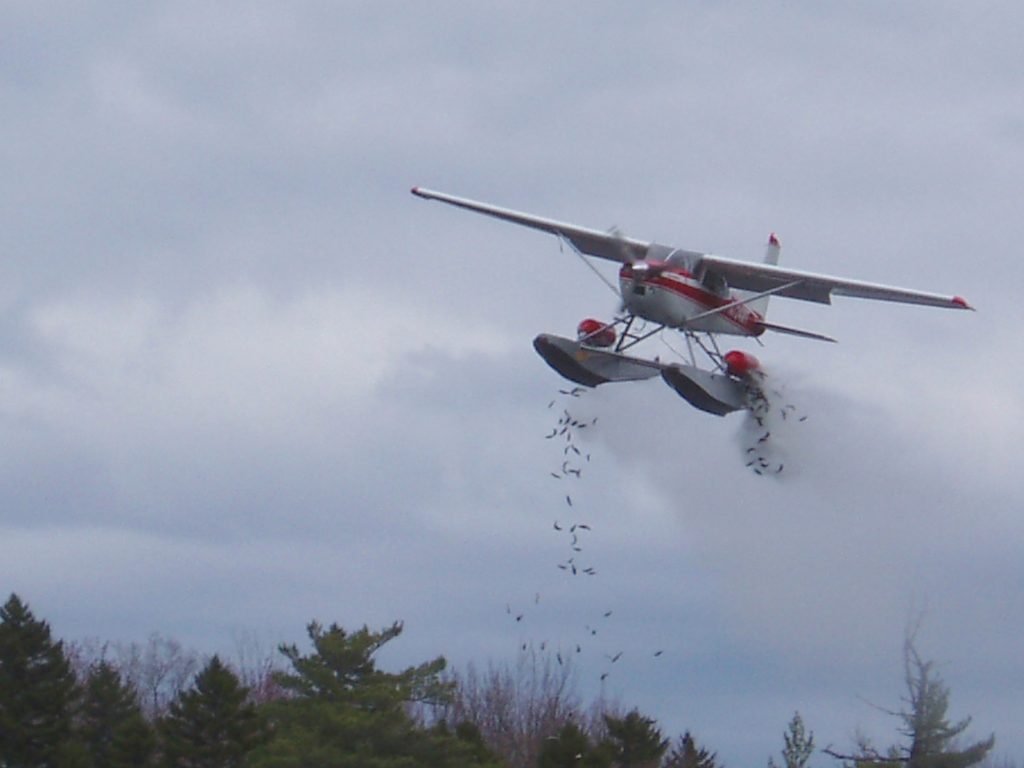 Few fish and wildlife departments in the United States have a squadron of aircraft to help restock remote lakes and ponds.

But this is the case for the Maine Department of Inland Fisheries where last fall a handful of skilled pilots was busy putting out quantities of hatchery-bred brown and brook trout into lakes that not even all-terrain vehicles could access.

Tim Knedler, manager of the state’s New Gloucester hatchery, said that the float planes used in the program are flown by a few game warden pilots who are also tasked with enforcing fish and wildlife laws in areas best reached quickly by float plane.

The fish are transported from the hatchery by truck to a dock on a lake close to the destination drop-off. Using five gallon buckets, hatchery staff scoop the fish out of the truck tanks and load them into aerodynamic, oxygenated tanks attached to the plane. The open-top cylindrical tanks measure about a metre (3ft) long and a half-metre (1.5ft) across. The tanks are filled with about 20 gallons of water from the lake to about a third full. Total weight of the filled tanks is 40 kg.

The fish are flown to their destination and released when the pilot presses a trigger in the cockpit. The trigger causes the tank to rotate so the open top points downward, and the fish drop out head first from about 40m (131ft) above the water.

Knedler explained that the planes don’t usually land for the smallest size fish – the fall fingerlings – but do land for the bigger fish, 15 cm (6 in) – fall yearlings.

Asked about the survival rate, Knedler explained that the program has been in place successfully for several decades. The initial releases were done over divers who watched how the fish managed the water entry. Follow-up surveys of stocked lakes were also carried out.

Of the 1.2 million fish the department hatches to stock waters in Maine, it’s a small percentage which are flown to their destination, but they travel in style.