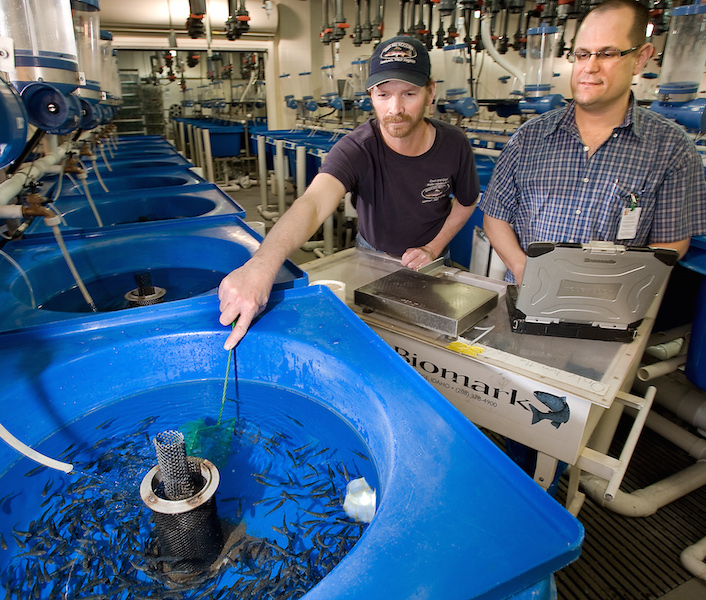 Israel's NRGene has developed a more workable and useful reference genome for the trout industry.

Israel’s genomic company, NRGene, has mapped the rainbow trout genome in cooperation with scientists from the US Department of Agriculture’s (USDA) Agricultural Research Service (ARS) and the University of Illinois.

According to the NRGene website, a more complete genome of Oncorhynchus mykiss is available to aquaculture researchers and breeders that is greater than 1.7 million base pairs, four-fold higher than the previous version published just a year ago, making the new version a more workable and useful reference genome for the trout industry.

In a company statement, Dr Gil Ronen, PhD, CEO, NRGene, said: “Mapping a full and reliable reference genome is a critical step toward efficient breeding, and the trout is simply the first of many critical species for the aquaculture industry that must be mapped.”

The trout is a tetraploid, containing four homologous sets of chromosomes. Scaffolds are now being ordered by USDA researchers based on a new genetic map produced by the USDA in collaboration with scientists from Norway.

NRGene’s technology delivers not only the reference genome but also a complete, workable, and efficient genotyping tool, accelerating breeding and significantly reducing bioinformatics efforts and investment.

“Aquaculture breeding was previously done with their hands tied behind their backs, as the most basic genetic infrastructure such as a reference genome and genomic diversity databases were absent even for the key commercial species. “With NRGene’s big data genomic capabilities, this is no longer the case,” said Dr Ronen.