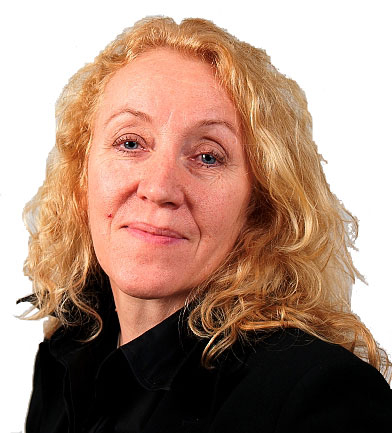 Brit Hjelnes The Norwegian Veterinary Institute (NVI) recently confirmed that a new disease has been found in rainbow trout hatcheries in Western Norway.

The Norwegian Veterinary Institute (NVI) has identified a new disease in hatcheries for rainbow trout. Preliminary information suggests that the disease is caused by a virus and that it is contagious.

The mortality rate had partly increased in the hatcheries, which led producers to contact the Norwegian Food Safety Authorities (NFSA). They brought in the NVI and both are now working closely with the Norwegian fish health services and industry players to identify the cause and determine how the disease is transferred.

The first incidents were in Hoagland and Sogn og Fjordane. Typical symptoms include circulation failure, anemia and the fish may also often have a heart infection.

Brit Hjelnes, senior fish and shellfish health adviser at the Veterinary Institute, says the history of the suspected virus goes back to August 2013, when the first incident was uncovered. Then in October there was a second outbreak, followed by a third in November 2013.

“It has affected trout of 30-100g in hatcheries. There have been increased mortalities in at least one of the cases,” she adds. The affected producers have informed their customers about the situation.

According to Hjelnes, the fish had heart infections, anemia and an increase in the breakdown of red blood cells.

In autumn 2013 the NVI carried out screening for possible diseases. They looked for VHS, which had been found in an incident some time back, but the result was negative.

“We checked for PD and for PRV which leads to HSMI, but both were negative. We also tested for IPN and found a small amount, but this is quite widespread,” Hjelne’s points out. Tests also showed that this is not a bacteria, such as the Flavobacterium psychrophilum, which has plagued Western Norway previously.

“We have, however, found a virus that may be associated with the disease,” Hjelnes reveals, but adds: “At this stage I have to emphasize the word, ‘may’.” She explains that they have managed to develop tests to check for the virus and are also screening other fish and running infection trials. “We want to confirm if it is contagious. We are also  looking at salmon,” she says.

The NVI is also carrying out pyrosequencing, which gives information about the character of the virus and other agents.

“We have also gone back over historical material, something which we always do in these situations. It is important that we do this,” she adds.

In traditional farming, it is extremely uncommon that new viruses appear says Hjelnes.  “But fish farming is a young industry and it is not so unusual. In the last 30 years several viruses such as PD, HSMB and CMS have appeared.”

Hjeltnes explains that the new virus most likely has either developed from an existing virus and is a more aggressive version, or the virus may have been present in the wild fish population, which often acts as a reservoir for the farmed fish population.

According to Hjelnes, the scientists will need biological luck to prove that the virus is infectious in artificial trials, as experience has shown that it can be hard to prove.    She also points out that until they have the facts, they will not raise the alarm.

“There have been increased mortalities, but at this point we don’t know if we need to raise the alarm. It could be special conditions that have led to this. It could be a smaller problem or it could be very serious,” she says and adds that they will know more in a few weeks.

But until the answers are revealed, it is particularly important to avoid contamination and spread of the disease to sites and areas that do not have the disease.

“Fish farms with infection and disease should therefore provide information on the health status of the animal technicians and visitors who are in contact with fish and equipment that can transmit infection, such as well-boats, divers and service personnel,” says Martin Binder, senior adviser at the NFSA.

Customers who want to buy live fish or eggs should also be informed. The same applies to neighbouring sites that may be affected.

“We emphasize that the requirement of due care applies to everyone, including those who are considering taking fry or eggs from hatcheries with the disease,” says Binder.