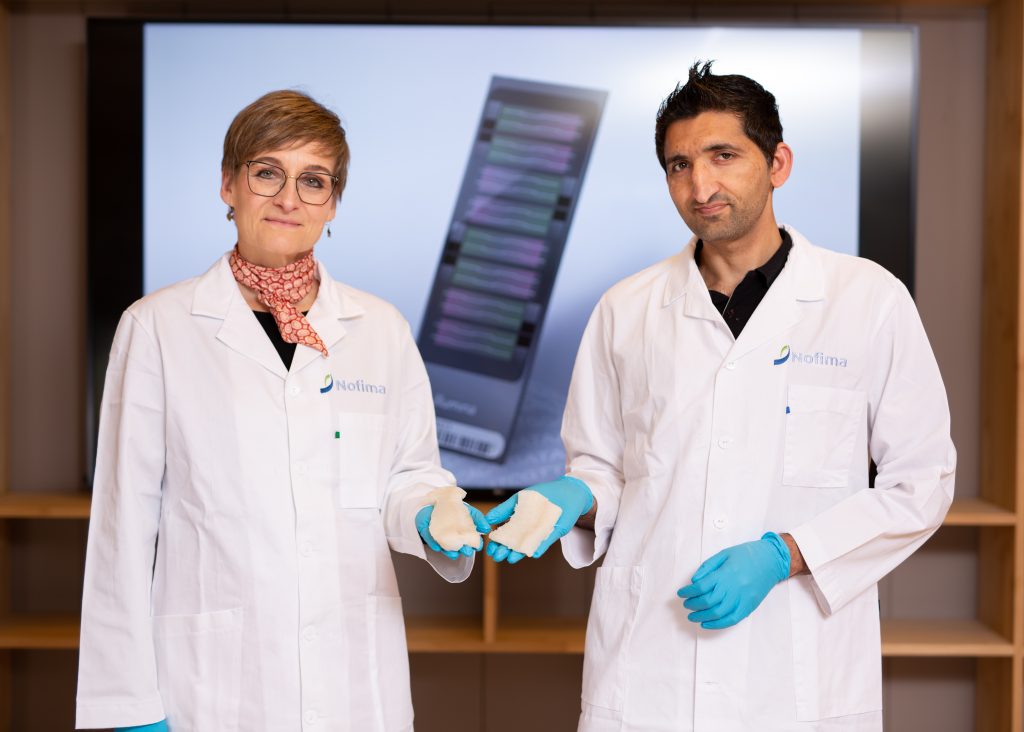 A SNP panel can be seen in the background, which scientists Anne Kettunen and Luqman Aslam can use to breed better farmed cod. (Photo: Joe Urrutia © Nofima)

Nofima scientists have developed a new genomic tool that can allow farmers to breed their cod based on the good traits of individuals.

Although siblings inherit half of their genes from their mother and half from their father, siblings are often very different from each other. Just look at the people around you. These differences are the starting point for the new “SNP panel” tool. SNP is pronounced “snip” and stands for single nucleotide polymorphism.

“This is probably the first medium density SNP panel suitable for both research and commercial use in cod breeding programmes”, says Luqman Aslam, Nofima senior scientist who developed the tool together with fellow Nofima scientist, Anne Kettunen. 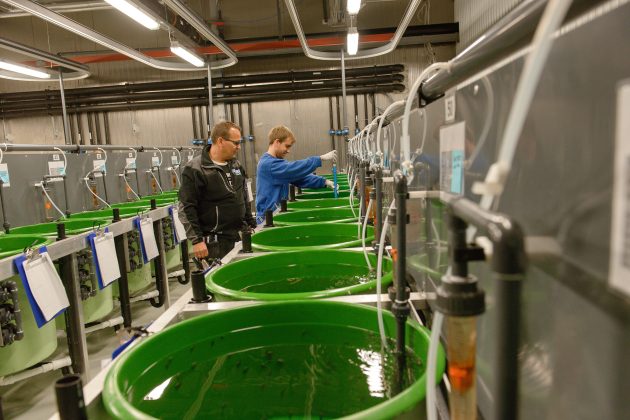 Such tools exist for breeding livestock, salmon and sea bass, and the tool developed by Aslam and Kettunen can be of great importance for efficient cod breeding.

Aslam and Kettunen have used the Norwegian population of farmed cod and wild cod to create this SNP panel. The work has involved finding variation in the Norwegian cod population genome. This information is in the SNP panel, with a total of 21,000 markers.

The scientists can now use the SNP panel to find QTLs (Quantitative Trait Loci). These are areas in the genome that strongly influence the traits one is interested in improving in cod breeding.

“We have found QTL for growth. We can also use the SNP panel to find QTLs for different health traits and sexual maturation”, says Kettunen.

An example of an important QTL is the one for the salmon disease called IPN. QTL could be used to weed out salmon predisposed to IPN, and since its arrival, IPN has decreased drastically in salmon farming.

This genomic tool is free to use for cod farmers.

“You don’t become a good carpenter simply by buying a good hammer. To benefit from the tool, you need expertise and good material in the population to breed from”, says Kettunen.

Kettunen and Aslam will use the tool themselves in research projects. For example, they will study resistance to the bacterial disease francisellosis in the new ‘Frantic’ project and use the tool in routine selection in the cod breeding programme.

The research is funded by MABIT – an R&D program within marine biotechnology in Northern Norway.