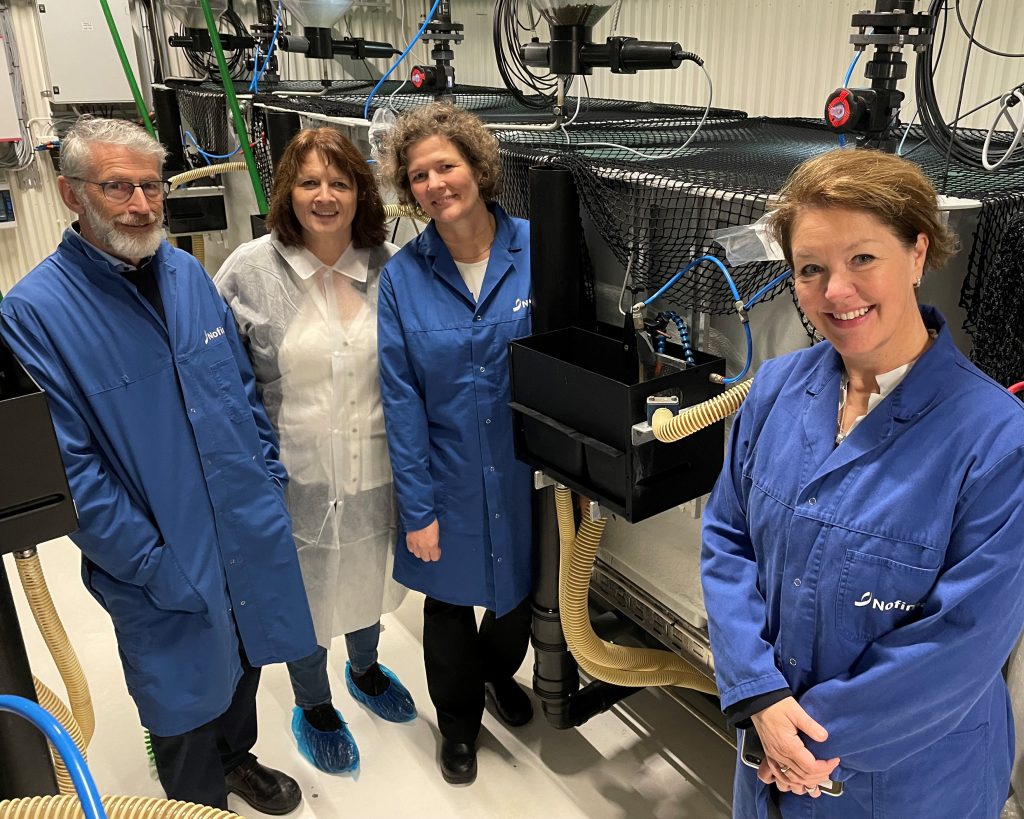 This new collaboration was announced at Nofima’s Smolt Production of the Future 2022 event in Sunndalsøra, Norway, where attendees were presented a demonstration of a “spill box” that separates uneaten feed from the wastewater so it can be recycled back to the salmon. The new invention began as a research tool that allowed for efficient collection of feed and faeces.

“We hope the spill box will make accurate measurements, and give our research technicians an easier working day, and the fish do not have to be handled,” said Turid Synnøve Aas, who is the project manager and one of the scientists behind the method.

In a press statement, Nofima emphasizes that the tool must be further developed if it is to be used commercially, but trials in small, closed-containment facilities at Nofima’s research station at Sunndalsøra is said to have yielded positive results in separating feed and sludge.

The collaboration between Nofima and Vard Aqua began as early as 1985, when Nofima (then Akvaforsk) presented a feed machine to Vard Aqua (previously Storvik Aqua). It was developed further into the disc feeder that is now adopted in many salmon farms. It has been sold to more than 30 countries, and Vard Aqua’s Peder Anders Rød (Leader of Market and Business Development) believes it has been important for the company.

“I have been involved from the start, and the early collaboration with Nofima undoubtedly had a large impact on the establishment of our business at Sunndalsøra,” he said.

Nofima scientists worked on the development of a separator for many years, testing technology that creates centrifugal force for sorting particles. They didn’t quite succeed with this work, and after further discussions, they moved away from the idea and over to filtration, where they tested out different grates, objects and shapes beneath the flow of water.

Later, an idea developed that something vertical had to be involved, where the water enters from the side. They found a solution that utilised the bounce in the feed pellet versus the more sticky properties of the faeces. This allowed the scientists to separate feed and faeces into different fractions.

Nofima believes its team of scientists and technicians have created a feed spill box that is ready to be developed for the world market.