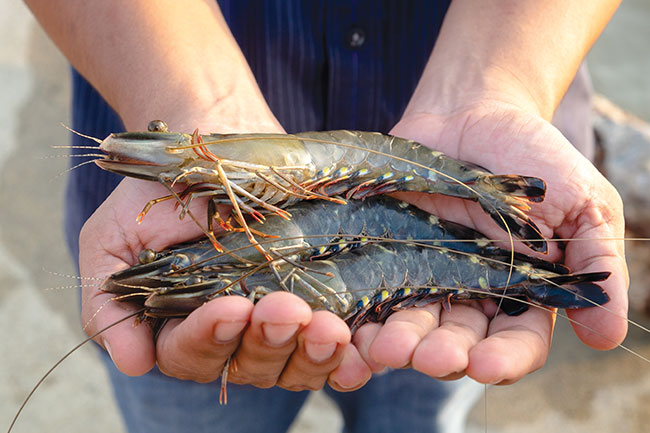 After reaching highs and lows, all fronts are being covered to revive the Philippines’ premium black tiger shrimp (Penaeus monodon) industry.

Stocking the facility with 330 black tiger shrimp broodstock is expected to boost its capacity to produce seeds and, eventually, broodstock throughout the year, Chief Dan Baliao said in a press statement.

Post-larvae produced at SEAFDEC/AQD facilities are high-quality and disease-free. Utilization of greenwater technology prevents the production of luminous bacteria in the grow-out ponds.

SEAFDEC/AQD received a mandate from the Philippine government in 2018 to revive the industry, resulting with the program, Oplan Balik Sugpo (Revival of the Shrimp Industry). The goal is to “help revive the tiger shrimp industry in the Philippines through the production of high-quality post-larvae from the hatchery and implementation of environment-friendly strategies for grow-out culture in ponds.”

The program is a joint undertaking by SEAFDEC/ AQD and the Philippine Department of Agriculture-Bureau of Fisheries and Aquatic Resources.

Hatchery owner in Cebu, Imelda Gesalan, told Hatchery International that the program provides another option for hatcheries. Her hatchery, for instance, sources broodstock from the wild. “I am willing to be a partner of Oplan Balik Sugpo,” she said.

At the peak of its black tiger shrimp production in the early 1990s, the Philippines was ranked among the global top ten. Production volume, however, contracted, even before the decade ended.  This was caused by production methods that compromised the environment and caused shrimp diseases prevalent up to the present.

As part of the program’s biosecurity protocols, weak or sick post-larvae are eliminated through disease surveillance using polymerase chain reaction screening. Transport time must also be considered as it has been establsihed that transport time over six hours of seeds from hatchery/ nursery to pond can increase the chances of disease outbreak.