Features
Restoring the “King of Fish” at Green Lake NFH 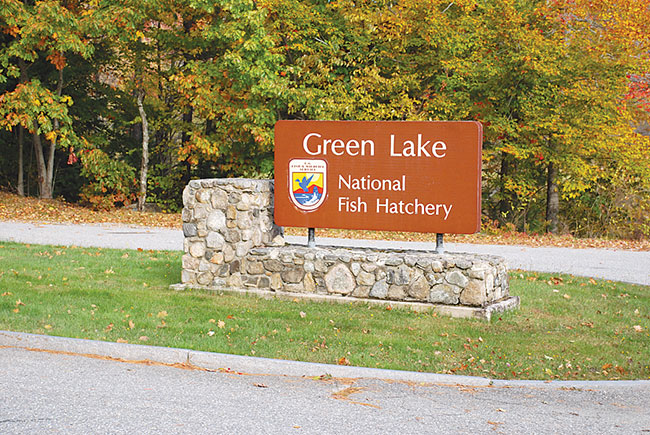 Maine is the last state in the U.S. that still has wild sea-run Atlantic salmon and they need all the help they can get. (Photo: Green Lake NFH)

In the Atlantic Ocean, the Atlantic salmon is known as the “King of Fish.” Unfortunately, overfishing and dams once blocked their ability to reach their preferred spawning grounds.

Today, Green Lake National Fish Hatchery is working to ensure these fish continue to thrive and retain the regal title.

“Green Lake National Fish Hatchery (NFH) was authorized by Congress in 1967 for the purpose of rearing Atlantic salmon for restoration and management of the fishery in Maine and other waters in New England,” said hatchery manager, Oliver Cox.  “At Green Lake NFH, we predominantly work with the Penobscot River strain of Atlantic salmon.”

Atlantic salmon is the only species cultivated at the hatchery. It was constructed in 1973 and the first fish distributions began in 1978.

Green Lake NFH is working to conserve and restore Atlantic salmon to Maine. All of the Atlantic salmon reared have been listed as an endangered species under the Endangered Species Act and are part of the Gulf of Maine Distinct Population Segment. The restoration program maintains seven river specific lines of Atlantic salmon.

The hatchery is situated on the outlet of Green Lake and is built at a lower elevation than the lake and the flow of water to the hatchery maintained by gravity The lake is about 3,000 acres and has a maximum depth of 170 feet. So, it is a good source of cold-water for growing salmonids.

Adults are held at Craig Brook NFH from May to December and spawned in November.  Eyed-eggs are then transferred to Green Lake NFH in January and February and placed in incubation trays.  Alternatively, biologists can use eggs from our domestic line.

Green Lake Hatchery has 102 circular pools where salmon continue to grow until they are released or transferred as parr in the fall, or they are held overwinter and released as a one-year-old smolts in April.

The hatchery crew tries to release the smolts to coincide with the wild smolt migration window. Following the release of smolts into freshwater, they begin their migration to the ocean. Most of the Atlantic salmon migrating from Maine rivers spend two years in the ocean.

While at sea, they migrate to the North Atlantic Ocean off West Greenland and then return as mature adults to their river of origin.  The adult Atlantic salmon that return to the Penobscot River complete the hatchery cycle when they are collected and spawned at Craig Brook NFH.

“Our domestic brood line is maintained by keeping about a 1,000 of our 0+ parr each year and rearing them to maturity,” Cox said. “We spawn these fish at age 3 and 4 and then release them. Typically, the eggs from this source are transferred to the State of Maine for stocking but on occasion we will incorporate them into our production.” 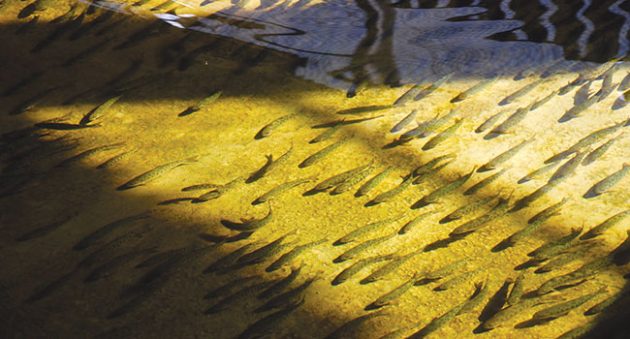 Green Lake Hatchery supplies most of the Atlantic salmon returning to waters.

On the Penobscot River, where most of the smolts are stocked, 88 per cent of the adult returns are the result Green Lake NFH’s smolt stocking efforts.  Overall, about 76 per cent of all Atlantic salmon returns to Maine are of known hatchery origin; however, the number of hatchery origin adult returns is higher because biologists are not able to assess the origin of all adults return. Adults return from the smolt stocking can be identified by looking at the growth pattern of a fish scale or through genetic analysis.

Both require biological staff to capture and handle the adult salmon to collect scales and or tissue samples.  Cox said he can identify the smolts raised at Green Lake NFH because the accelerated growth regime results in a different scale pattern than a fish raised in a natural freshwater environment. In addition, they are not able to distinguish the origin of fish that are the result of stocking eggs, fry and even some parr based on scale analysis.

Other tidbits of information: