A dietary supplementation of ginger root powder improves the performance of African mud catfish (Clarias gariepinus) fingerlings, according to a study conducted in Nigeria. 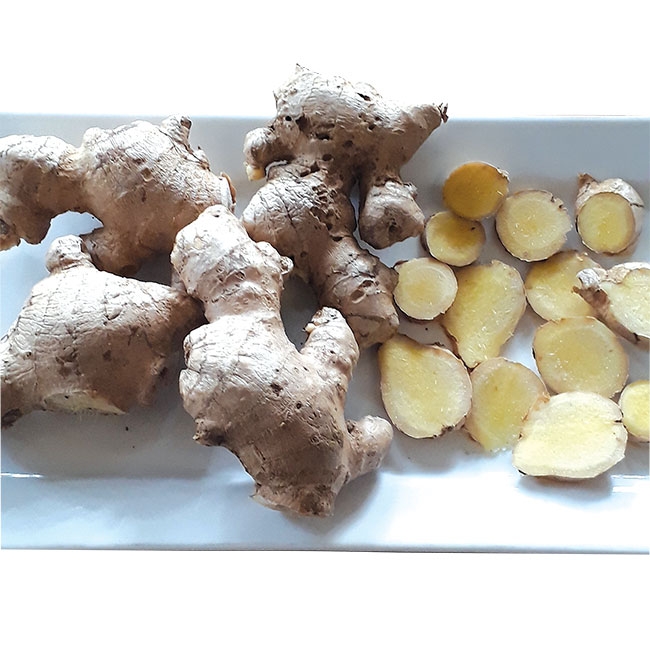 Fresh ginger rhizomes were dried and grinded for the fish diets. A dietary supplementation of ginger root powder

The inclusion level of one percent ginger root powder in the fish diet was recommended by authors, Adegbesan SI, Obasa SO, Akintokun AK, and Abdulraheem I, in their article published in the Journal of Aquaculture and Fisheries.

Inclusion of two percent could be antibacterial and antifungal and may improve gastrointestinal microbes.

The fingerlings were fed with 40 percent crude protein diets containing zero and three concentrations of one, two and three percent ginger root powder.

The higher levels of phytobiotics, they said, have lower palatability and could have caused the reduction in the total feed intake because of the presence of tannin in ginger root powder.

Reduction in survival rate in fish fed with ginger root powder diets in the experiment could also be a result of some phytochemicals present in the phytobiotics, the study said.

In preparing the fish diet, fresh rhizomes of ginger were dried and grinded. The powder was mixed directly with the basal diet and added into the diets. The compounded feeds were then pelletized before being sun-dried.

The antimicrobial properties of ginger root powder were considered because catfish, like all fish, “live in microbe-rich environment and are vulnerable to invasion by pathogenic and opportunistic micro-organisms.”

Ginger rhizome has been reported to possess a broad spectrum of prophylactic and therapeutic activities, and is known to be beneficial to growth and immune systems in aquatic animals.