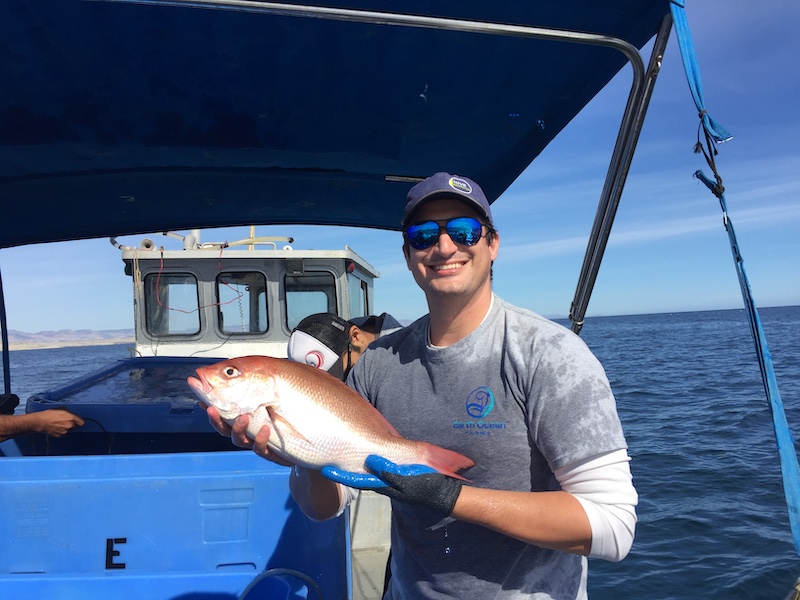 “Hatchery technology and juvenile production have always been a bottleneck for the development of aquaculture, especially when it comes to new species,” explains Cavalin. “I was fortunate enough to have worked with world-renowned hatchery professionals who I look up to: George Nardi, Michael Schwarz, Chuck Weirich, Daniel Benetti, Evoy Zaniboni-Filho, Debora Fracalossi, among others. (They are) great professionals and professors.”

As the hatchery manager for Earth Ocean Farms in La Paz, Mexico, Cavalin and his team was instrumental in undertaking R&D and paving the way for two new, high-value marine species for commercial aquaculture – Totoaba macdonaldi and Pacific red snapper (Lutjanus peru). Running a hatchery team of 18 staff, Cavalin acknowledges the job can be challenging, but it’s never boring.

“The hatchery professional is expected to perform physical work, get wet and dirty, be a good team player, speak languages and have great analytical skills. It’s tough sometimes, but anywhere you go you’ll find people going through the same drill and nobody gets bored. At the hatchery, people always find value and joy in their work.”

Cavalin’s accomplishments are perhaps testament to the joy he finds in his work – to the great benefit of his organization and the aquaculture industry in general. His mentors attest to the excellence and commitment the young professional puts into his work.

For example, cites one of his mentors George Nardi in his nomination submission, Cavalin’s analysis of broodstock maturation has been key to determining the start date of production runs vis-à-vis spawning. His knowledge of larval development and morphology development was also key to identifying when to adjust feed type and amounts, resulting in successful commercial productions, Nardi adds.

“Fernando is truly an artist when it comes to producing juvenile marine finfish,” states another former mentor, Chuck Weirich, in his nomination. “He possesses a vast skill set with respect to broodstock conditioning, spawning, egg incubation, live feeds production, larviculture, and mass production of juveniles. Nando has what I like to call, ‘the blue thumb.’” 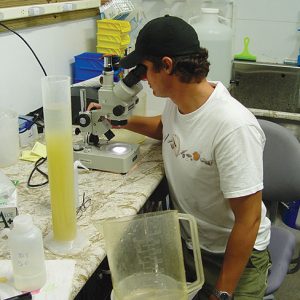 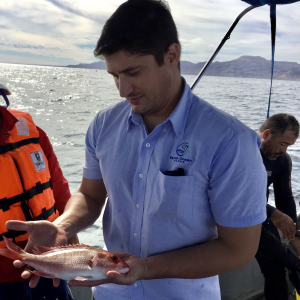 Another nomination for Cavalin comes from Michael Schwarz at Virginia Tech, who describes his former trainee as a “tireless worker who leads by example.” Schwarz is particularly impressed by Cavalin’s work developing some of the most consistent, sustainable and biosecure intensive indoor copepod nauplii productions in the world at commercial levels.

As Cavalin works to reach his professional goal of pursuing a MBA and developing a business in the aquaculture industry, he believes his experience as a hatchery professional will give him the well-roundedness required for such an endeavour.

“The hatchery world is very dynamic and demanding, it requires a well-rounded balance of biology, engineering, R&D and management – altogether they shape up your professional skills to become more flexible and adaptable. It might be the true definition of a multidisciplinary approach. If you cope and adapt yourself to this kind of work environment, you’re ready to take on any challenge,” he says.