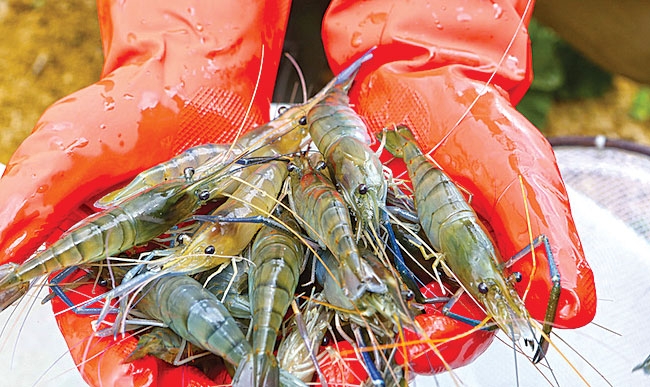 The major factor that distinguishes the genome of the female shrimp from that of its male counterpart is the distinctive chromosome (W) carried only by the female. Despite the obvious importance of this chromosome, the sequences and encoding genes unique to this chromosome remained unknown until now.

The incentive to study the genome of female shrimp derived from the dramatic performance advantages of farming all-female populations of shrimp. Enzootic’s position in the commercialization of this novel mono-sex strategy led to the partnership with NRGene in a quest to learn more about the performance superiority of female shrimp and to enhance the breeding of the all-female broodstock.

“The preliminary study of this outstanding high-quality genome has already revealed dozens of new previously unknown putative W-specific genes, with a fascinating array of functional motifs that could shed light on the importance of the W chromosome and its potential impact on the performance of females,” said crustacean endocrinologist professor Amir Sagi of Ben-Gurion University in the Negev in Israel, and co-founder of Enzootic. “Further research will be needed to reveal the role of these novel genes and how they regulate the physiology of females under mono-sex aquaculture conditions.”

NRGene’s DeNovoMagic 3.0 has been used to assemble more than 350 genomes in less than two years, among them, the first-ever genomes of wheat, potato, strawberry, rye, oat rye-grass, and now female shrimp.

“Our collaboration with Enzootic on the assembly of the first high-quality, reference-level shrimp genome is part of NRGene’s strategy to support and enhance breeding of highly important animal protein agro-industries, such as shrimp and aquaculture, as a vital food source,” said Dr. Gil Ronen, CEO of NRGene. “We work ceaselessly to continually improve our technology to have an ongoing, powerful, positive impact on the world food supply.”

The highly complex shrimp genome delivered by DeNovoMagic resulted in an assembly size of 3.57 Gbp and an N50 scaffold size of 19.84 Mbp with BUSCO scores of 92.7 percent.

The impact of the female shrimp genome assembly on shrimp production was eloquently expressed by professor Xuxiong Huang, vice dean of the College of Fisheries and Life Science, Shanghai Ocean University. “Farmed shrimp is an imperative protein source for many countries. In 2016, China alone produced around 3.3 million metric tons of marine and freshwater shrimp, representing about 50 percent of the global production. This newly assembled high-quality freshwater shrimp genome is an important addition to the advanced technological tools that will be used in coming years in the breeding of shrimp toward a more effective and sustainable shrimp farming industry.”

He added that the freshwater shrimp industry today still predominantly relies on traditional, low-tech methodologies, which lag behind those of other more advanced livestock industries.

“With the addition of this genome and the introduction of mono-sex technologies, I believe this can promote this industry towards 21st century practices,” the professor said.

Related
Examining epigenetics
Nigerian study looks at photoperiod to improve hybrid catfish performance
RAStech 2019 in Washington is less than a month away!
Countries ramp up efforts to save sturgeon population in the Caspian Sea