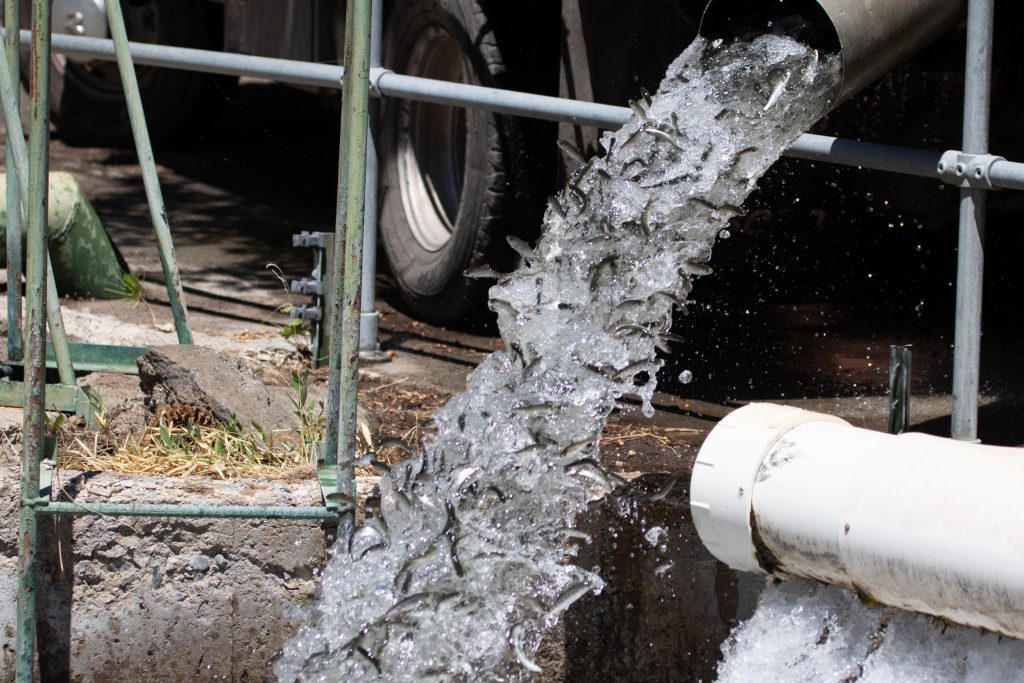 The California Department of Fish and Wildlife (CDFW) has successfully relocated 1.1 million juvenile fall-run Chinook salmon via truck, from its Iron Gate Fish Hatchery in Siskiyou County, to a nearby satellite facility and the Trinity River Hatchery, which 122 miles away. 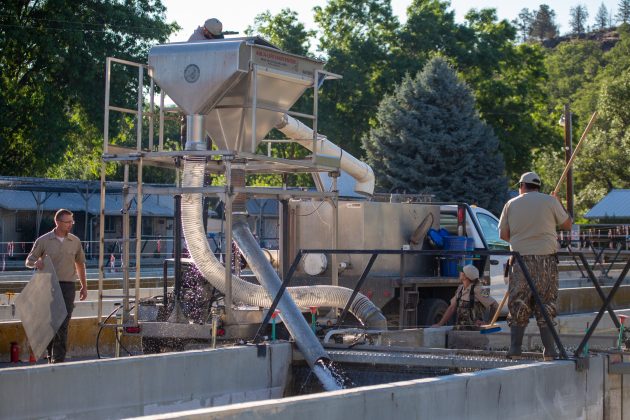 This year, the Klamath River, where the baby salmon would typically be released in May and June, has experienced a drought and poor water conditions, making it unsuitable for the baby salmon. To carry out the unprecedented relocation, federal partners, academic specialists, and three Native American tribes in the lower Klamath Basin needed to collaborate closely, and carry out extension monitoring.

“It’s extremely challenging to raise cold water fish species in a drought,” said Dr. Mark Clifford, Hatchery Environmental Scientist for CDFW’s Northern Region. “The reality is most of these fish would have died if we released them into the river. We need to maintain the integrity of the fall run on the Klamath River and we especially can’t afford to lose this generation of fish.”

Once conditions in the Klamath River improve and before the salmon are released, they will first be returned to the Iron Gate Fish Hatchery for a number of weeks, which will allow the fish to further imprint on the Klamath River. Any salmon that were part of the relocation have been outfitted with unique coded wire tags. This will allow the CDFW and any other agencies, to determine the fish’s origin and where it’s headed. 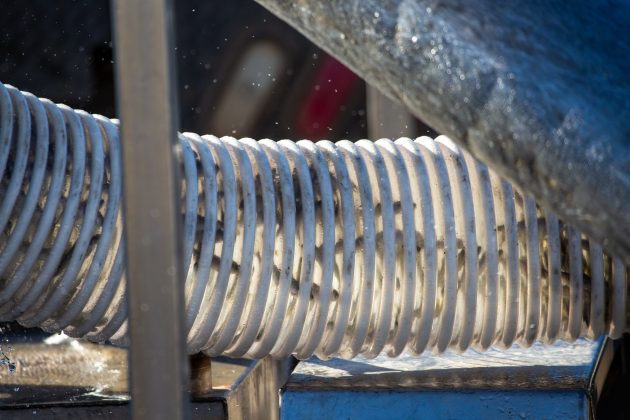 Juvenile Chinook salmon flow through a tube toward a hatchery truck at the Iron Gate Fish Hatchery. (CDFW Photo/Travis VanZant)​

The temporary relocation marks the first time CDFW has not released salmon into the Klamath River since construction of the Iron Gate Fish Hatchery in 1962.