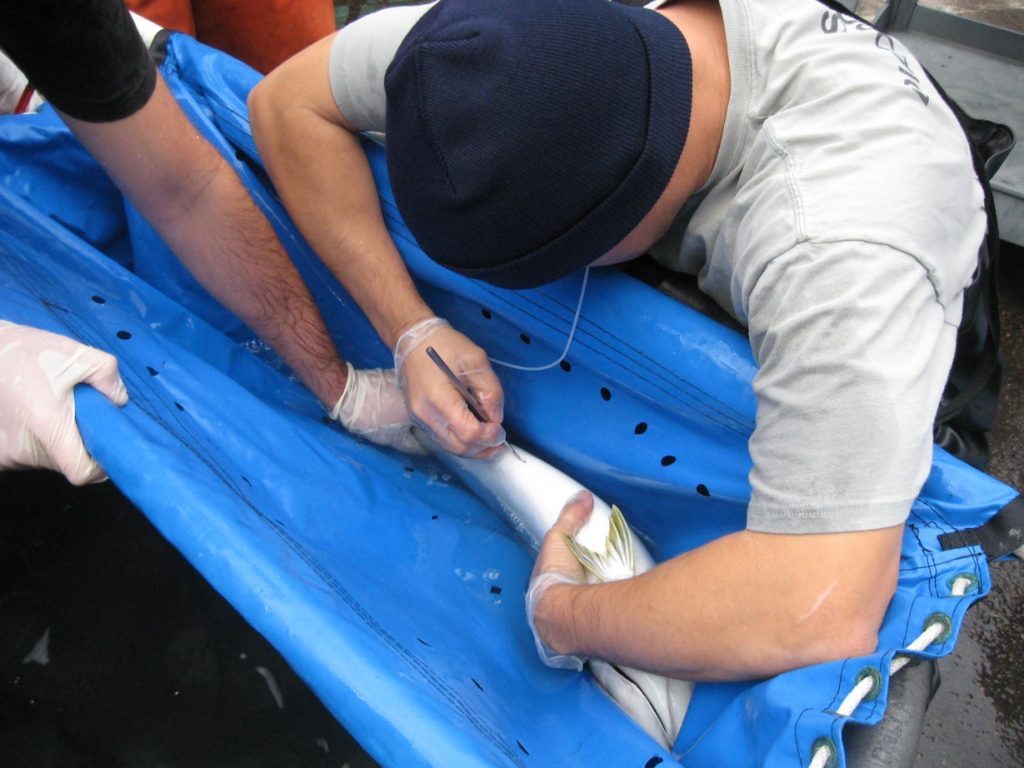 Research across species will attempt to determine which eggs or spawns are of a quality optimal for juvenile propagation.

Researchers at the Hubbs-Sea World Research Institute (HSWRI) in California launched a study this spring to develop hatchery protocols for three marine species with economic potential on the West Coast. These are the California Yellowtail (Seriola lalandi), Sablefish (Anoplopoma fimbria), and California Halibut (Paralichthys californicus). The goal of the research is to help hatchery managers establish indicators for healthy eggs and larvae.

“We hope to determine some easy-to-use indicators that hatchery managers can use to tell what a good egg is from a bad egg,” HSWRI nutrition/larval and juvenile research specialist Kevin Stuart told Hatchery International. “So anyone in the business can use these indicators to prevent a bad spawn which in the end can save them money and time.”

He explained that the study is taking a “deeper look” at egg quality all the way down to the genetic makeup of females and males conducting the most successful spawns and egg quality.

Collaborating with HSWRI on the project are two National Oceanic and Atmospheric Administration (NOOA) Laboratories – the Northwest Science Center in Washington state and the South West Fisheries Science Center in California, as well as the University of Idaho, and California Sea Grant.

The egg-related factors of interest include fecundity, egg maturity, fertilization rate, egg size, lipid and fatty acid quantity and composition, and cleavage morphology to name a few. These quality traits themselves may be influenced by such factors as diet, genetics, maternal effects (size, age, condition, etc.), pathogens, spawning time and method, and even environmental parameters like temperature and water quality.

Each of these species have economic viability for mariculture on the West Coast. Sablefish have been farmed in British Columbia, Canada for a number of years and the Northwest NOAA Labs in Washington state are taking on that part of the study, while the Southwest NOAA Labs are working on the Yellowtail and Halibut, both under the direction of HSWRI.

Egg quality directly affects the reproductive success of individuals in a breeding population, as well as the fitness of their offspring. This, in turn, has a direct economic impact on an aquaculture program as a consequence of product quality, according to the HSWRI announcement of the program in the organization’s quarterly newsletter.

The three-year study hopes to build an understanding across species of how to determine which eggs or spawns are high quality and optimal for juvenile propagation and whether there are particular metrics that are more generally predictive than others.

Those issues still beguile fish biologists as there remains a critical gap in the understanding of how to reliably and consistently culture healthy juvenile marine fish, the organization explained in the announcement.

Stuart and his team hopes to tackle this lack of knowledge as part of the research project. “After this we may take on a similar study on tuna and ornamental fish as well.”