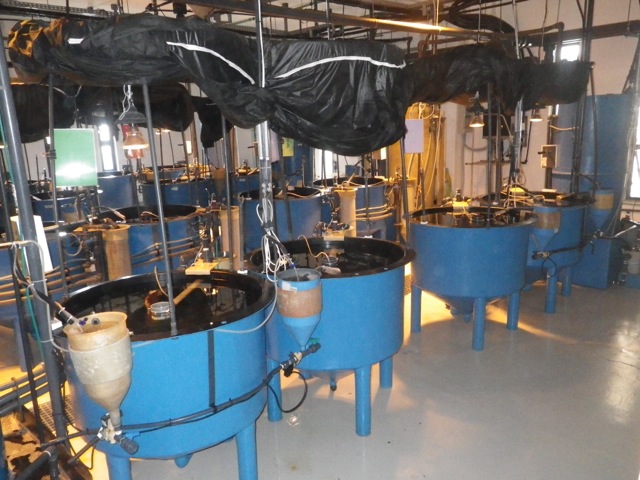 As the European Union works to diversify the species of fish farmed in the continent one institute is at the center of research into spawning, selective breeding and larval rearing.

The project officially kicked off at the HCMR in August.

The project will build on recent and current national initiatives for species diversification in aquaculture, in order to overcome the bottlenecks in production of these species.

“For this first year of the project we focus on reproduction and genetics and larval rearing of greater amberjack,” Mylonas said.

The other 38 partners in the project are from Spain, France, Italy, Greece, Israel, Belgium, the Netherlands, Denmark, Norway, the United Kingdom, Germany and Hungary.

“The project DIVERSIFY has a very large hatchery technology component in regards to all six selected species, and it will endeavor to develop optimal protocols for the larval rearing of these new/emerging species, based on their feeding behavior, larval ontogeny, nutrient requirements and fish health,” he explained.

The association of a large number of commercial hatcheries and feed production companies (small and large enterprises) in the consortium will ensure rapid and effective transfer of the technology developed to the European industry, Mylonas claimed.

These new procedures will allow hatcheries to incorporate these new species into their production plans, in an effort to diversify production, says Mylonas.

Research results will be disseminated through planned activities targeted both at the fish farming industry and its associated sectors (processing and retailing), as well as European consumers.

As previously reported in Hatchery International, some of the first spawned eggs from greater amberjack were obtained from the Souda Bay sea cage facilities of the HCMR.