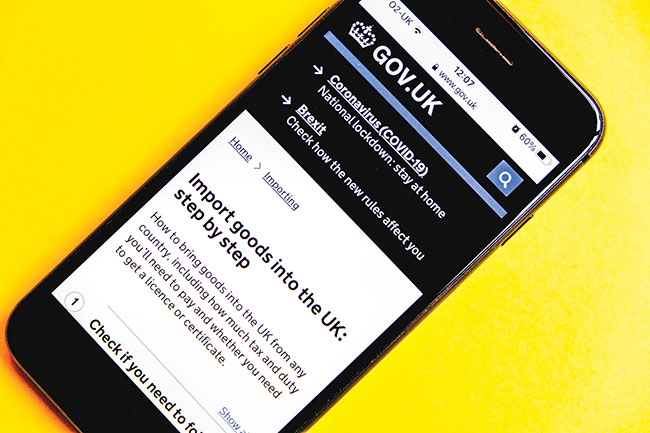 Seafood is big business in Scotland – exports accounted for 57 per cent of the country’s overall food exports in 2019, so it’s no surprise producers are scrambling to find ways to smooth the passage of their product into the rest of Europe in a post-Brexit world.

Since Jan. 1, when the United Kingdom left the Brexit transition phase, exporters have had to deal with the effects of not being part of the European single market. That means finfish and shellfish producers have seen delays and mounting losses as they try to get their fish into the hands of consumers who want the high-quality products.

According to the Scottish Salmon Producers Organisation (SSPO), Scotland’s salmon farmers have lost £11 million (US$15.3 million) due to the red tape, paperwork and time required of export staff as a result of changes brought about by Brexit. That includes lost orders, failed deliveries, unharvested fish and discounted products.

For the month of January alone, salmon producers saw lost sales of 1,500 tonnes and increased overhead costs of £200,000 (US$279,000) more than they would have had before Brexit. Farmers are also delaying the harvesting of 700 tonnes of fish to minimize further losses. While it is hoped the losses will fall as processes are worked out over time, for now, it’s a painful reality for producers who have not had an offer of government assistance to sustain the impact of the financial implications.

“The bureaucratic costs are baked in at the moment – those are extra costs we now have. It doesn’t make any business sense to have these additional pressures when we’re trying to provide a product into a marketplace that wants our product,” says Tavish Scott, chief executive of SSPO. “That’s the deeply ironic side to this whole thing – the French, Swiss, and other European consumer markets very much want the premium Scottish salmon product, but Brexit has made it more difficult to get it to them.”

SSPO represents all eight of Scotland’s salmon producers, including Mowi, Cooke Aquaculture and Grieg Seafood, and several egg smolt producers such as Hendrix Genetics and AquaGen. Collectively they produce 200,000 tonnes of salmon every year, and the majority of that is for export. Of the export volume, 60 to 70 per cent is to Europe. That number has risen in the last year because of restrictions related to COVID-19 and the need to have more locally produced products that can get to market without air transport.

A joint task force on seafood exports began meeting in mid-February and will meet every second week for three months. The goal was to have proposals and recommendations into the European Commission by the end of March.

The taskforce includes a range of industry representatives from the catching, processing and aquaculture sectors. The U.K. government established the Scottish seafood exports taskforce to consider the challenges the industry is experiencing. The hope is it will lead to streamlining the paperwork involved and therefore reducing the costs and other problems of delivery times the industry is facing.

Scott has pulled together a working group of export experts within the salmon sector across member companies to develop proposals and ideas to be tested by the government. He says the main recommendations have to be around arriving at negotiation with the European Commission to simplify the process that accompanies the export of live perishable products into the marketplace.

“It’s not just salmon producing companies; it’s also seafood more generally,” says Scott. “It’s the paperwork around the European health certificates — anyone who has to use a European Health certificate has been enormously affected by the formal withdrawal from the European Union.”

In January, trucks owned by shellfish farmers drove to Britain’s parliament to protest the Brexit-imposed bureaucracy claiming it was killing their businesses. Shellfish from most U.K. waters can only be exported if they are purified before departure and accompanied by a health certificate. 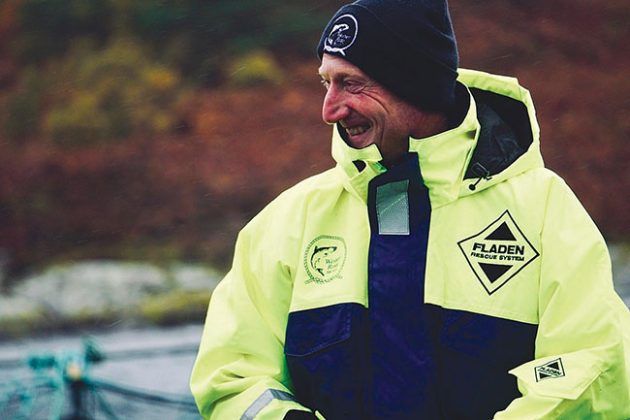 Keeping an eye
At this point, it is mostly business as usual for fish egg producers who ship into the U.K, but they are monitoring the situation closely.

“There have been no hiccups whatsoever with respect to Brexit, and we are optimistic it will continue this way,” says Geir Olav Melingen, commercial director of Benchmark Genetics in Norway. “The politicians see the importance of salmon aquaculture in Scotland. If for some reason, a tax comes in, eggs make up one per cent of the total production costs of the salmon, which means it won’t turn the world upside down on production costs, but the world would be easier and better if we can avoid it.”

Benchmark has two employees from its commercial team located in Scotland, and they were in close contact with the authorities at Marine Scotland to be current on what changes could come up and how they should deal with them.

“We also made a small test shipment to see if everything went smoothly, and it has worked with no problems at all,” says Melingen. “That is because my colleagues in Scotland and the logistics guy in Iceland were looking closely at what documents would be needed, and then they did the test shipment to be on the safe side.”

Benchmark has also been working closely with the Icelandic Food and Veterinary Authority (MAST) to better understand the paperwork required.

“So far, nothing has gone wrong, and it looks like the flow of products is going fine,” he says.

Now that the U.K. is independent of the EU, Melingen says aquaculture will be an even more critical part of the whole industry in the U.K. and especially for Scotland as it is dependent on getting eggs from the outside to be able to fulfill their production.

“There will be very strong voices from within Scotland to maintain this open export, especially from Iceland,” he says. “If they were stopping shipment of eggs at the borders, then that would be the same as reducing the Scottish salmon production – they would not be self-sufficient, especially at this time of year.”

Keith Drynan, general manager of Hendrix Genetics, says nothing has changed for its operations.

Impact of COVID-19
The timing of the new Brexit red tape collided head-on with COVID-19, increasing pressure on the aquaculture industry in many ways. As a result of the global pandemic, Europe has generally become a much more important market for Scottish salmon and seafood. Much of that has to do with the collapse of air freight worldwide as airlines aren’t flying the same routes or frequency they were a year ago.

“North America is a good example – many of our companies exported fish to the United States, and if you think of the freight options, there was a lot of competition for air freight which ended this time last year. Will it come back? Yes, but not to the same extent that it did,” predicts Scott. “It’s going to be more costly to export fish long-haul out of Scotland or anywhere around the world.”

That means whenever Scottish seafood producers put fish on the back of a truck and take it by road and ferry or tunnel into Europe, it has become more critical.

So far, unlike other areas of the seafood sector, job losses have not been an issue in the salmon industry. “Our businesses aren’t laying people off. In fact, they feel employment will rise in this – we need new people to join the industry,” says Scott.

Implications for gene editing
Melingen notes that discussions in the U.K around allowing the use of gene editing could be a positive impact of Brexit over the long term.

In January, the U.K. Environment Secretary said they were looking to establish consultations around the use of gene editing, which means research could occur on using gene editing in commercialized aquaculture products that is not possible to do today in the EU.

“That is a feature that we as a genetics company would like to apply if it becomes legal to do so and if the market and consumers accept it,” he says.

New strategies
SSPO’s Scott says salmon producers will just have to be a little more creative with their business strategies in this post-Brexit era.

“We need to use everything in the toolbox, and that includes greater marketing efforts by our member companies and greater work by the trade body on behalf of member companies,” says Scott.

That will mean a greater focus on Europe – more than ever before and in conjunction with other food and drink exporters from Scotland.

The global seafood expo in Barcelona, to take place in September, will also be more critical for producers than in the past.

“Flying the flag is going to be that much more important – we hope by the time Barcelona happens in the autumn that things will be smoother and easier, and we have a better story to tell,” Scott says. “I don’t see competition going away, and we will have to work harder than we have in the past to supply the right product at the right time given those competitive pressures.”