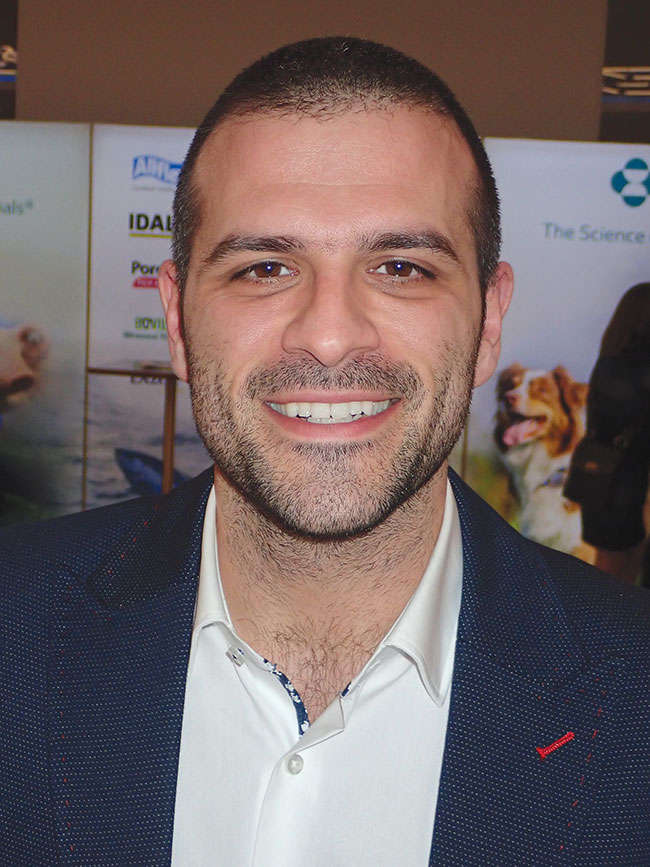 Bacteriophage ticks all the boxes for aquaculture. It has the ability to tackle and eliminate antibiotic resistance range. Being bacteria-specific, it leaves the rest of the microbiota unaffected and intact. It can be used in combinatory schemes for multiple infections at a time.

As a natural component of the environment, it is environmentally sustainable. It is aligned with the public unease with administration of antibiotics. This antibiotic-free option results with a product equated with higher quality, which allows the producers to enter the high-end market.

“Bacteriophages are naturally present in the environment; aquatic environment too. They exist as the natural bacterial predators, able to either kill the bacterial hosts or to integrate inside their genome and passively replicate in time until a stressor triggers their induction,” Dr. Panos Kalatzis explained to Hatchery International.

Kalatzis is a post-doctoral researcher on Aquaculture Bacteriophages and Microbiology at the University of Copenhagen in Denmark.

In hatcheries, Kalatzis said bacteriophages can be used as smart disinfectants in order to selectively remove potential pathogens that are present in such environments.

“When we want to isolate bacteriophages in the lab, we take water samples, i.e. from hatcheries, we add the bacterial culture of the species of interest and then we add nutrients to boost its growth,” he said. “If there are phages against the bacterial target in the water, they will take advantage of the availability of the exponentially proliferating host and then they will hijack it for their own proliferation.”

Targeting multiple infections involves formulating a cocktail of different phages. Promoting prophylaxis over treatment will create healthy larvae by preventing outbreaks at once.

“This will limit the antibiotics administration to the environment and also to the fish market. At the end of the day, it will lead to better feed intake and also decreased food conversion rates because the fish are going to be able to simply utilize better the available feed,” he said during the AQUAEXCEL 2020 webinar in December.

Average larval survival rates from administration of bacteriophages are still hard to pin down because they are host-dependent and not all phages are equally effective. It is for this reason, he pointed out, that phage cocktails are usually preferred: “Not only to maximize efficiency but also to delay the possibility of the bacteria to develop resistance against the administered phages.”

At present, there are no suggested protocols in the administration of bacteriophage in hatcheries because there are no fully developed products, at least in the EU. He said, however, that the simplest way is to a direct application in the tanks either as liquid purified phage concentrate or a lyophilized powder (freeze-dried powder).

Having said this, he stressed that further experimental work is required.

Aquatics Biologicals, a start-up in Greece which had him in a pioneering team, is one of the companies that are working on the development of phage products. Aquatics focuses on eco-friendly innovative solutions for aquaculture health.