A disease that can kill 90 to 100 percent of catfish in hatchery stage could be a thing of the past with a promising vaccine being developed at Auburn University. 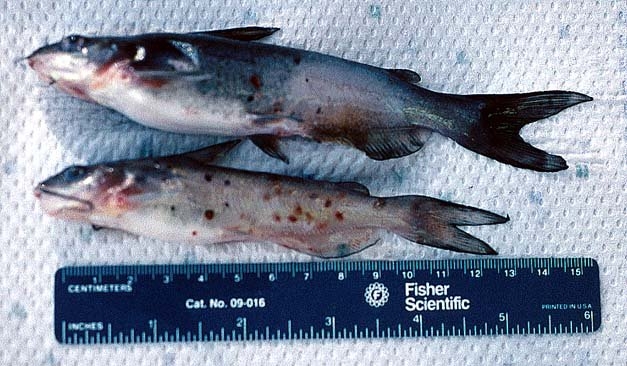 Columnaris disease in channel catfish. The disease quickly spreads and can kill 90 to 100 percent of catfish in early life stages

Auburn researchers have been working on a vaccine against columnaris disease over the past seven years. The researchers have proven it works in lab setting and, thanks to a $321,000 grant from the US Department of Agriculture, they can now proceed with field-testing.

Columnaris disease can affect nearly all freshwater fish species and causes millions of dollars in annual losses in the catfish industry alone.

The columnaris vaccine currently available is only moderately effective, and the vaccine being developed at Auburn has “outperformed the vaccine now on the market,” reported the Auburn University College of Agriculture paper.

It reduced cumulative mortality two to four times better than the existing vaccine, said the report. And in vaccine trials of Nile tilapia and catfish, the vaccine increased survival rates by 66 and 17 percent, respectively, over the currently available vaccine.