AquaBioTech Group of Malta recently completed construction of a new research facility in the Netherlands that will allow for research on the efficiencies of water-recirculating aquaculture systems (RAS). 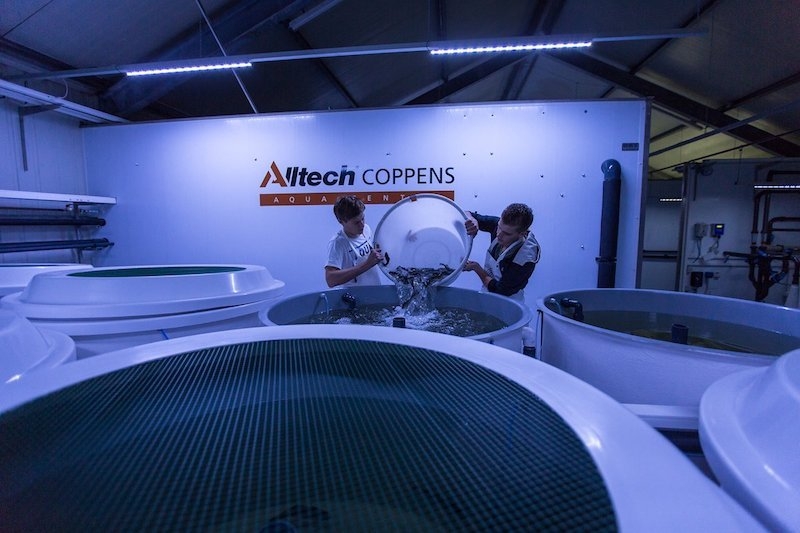 The new Alltech Coppens aqua centre located in Valkenswaard, is owned by the aquatic nutrition firm Coppens International, whose parent company is Alltech.

AquaBioTech is cited as reporting that the facility will allow Coppens International to run nutrition trials on several different species in both salt and fresh water in very controlled environments ranging in temperature from 6 to 28° C.

The new facility is equipped with 60 tanks in four separate RAS systems, all designed with the capability of pairing the systems, and creating two larger systems.

Rob J. Davies, head of RAS projects for the AquaBioTech Group, is quoted as saying that the new centre will enable Coppens International to “become a global hub of excellence for aquaculture research.”

The release also says that as part of the contract with Coppens International, the AquaBioTech Group will provide continuing “remote” technical support and troubleshooting for the center.