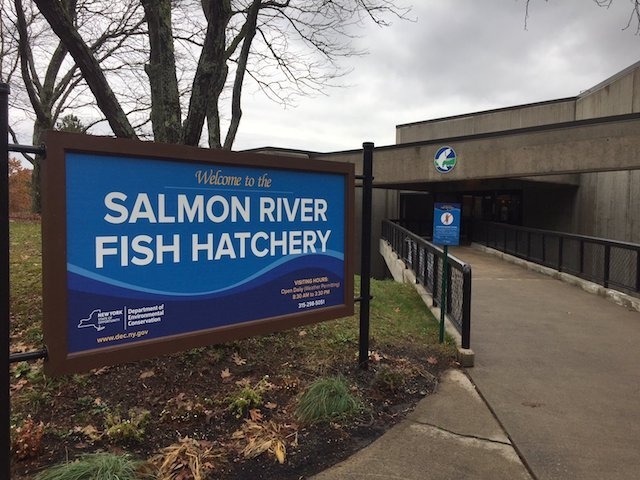 Recently, Ken Lynch, the Department of Environmental Conservation’s (DEC) executive deputy commissioner, announced the completion of $150,000 in improvements to the facility’s visitors’ center over the past year. This is good news, but even better news is that there are more improvements to come for the Department of Environmental Conservation (DEC) flagship hatchery.

Plans include an engineering study to maximize energy efficiency and reduce water use and enhance fish production along with infrastructure upgrades including new windows and doors, a new and better heating system, backup power, cellular phone service and a new fish ladder.

There will also be “re-imaging of all interpretative and visitor areas for a seamless and enhanced visitor experience.”

DEC is cited as noting that the hatchery’s economic impact includes some $27 million a year spent by Salmon River anglers, with another $85.9 million from those fishing the open waters of Lake Ontario and other New York tributaries to the lake.