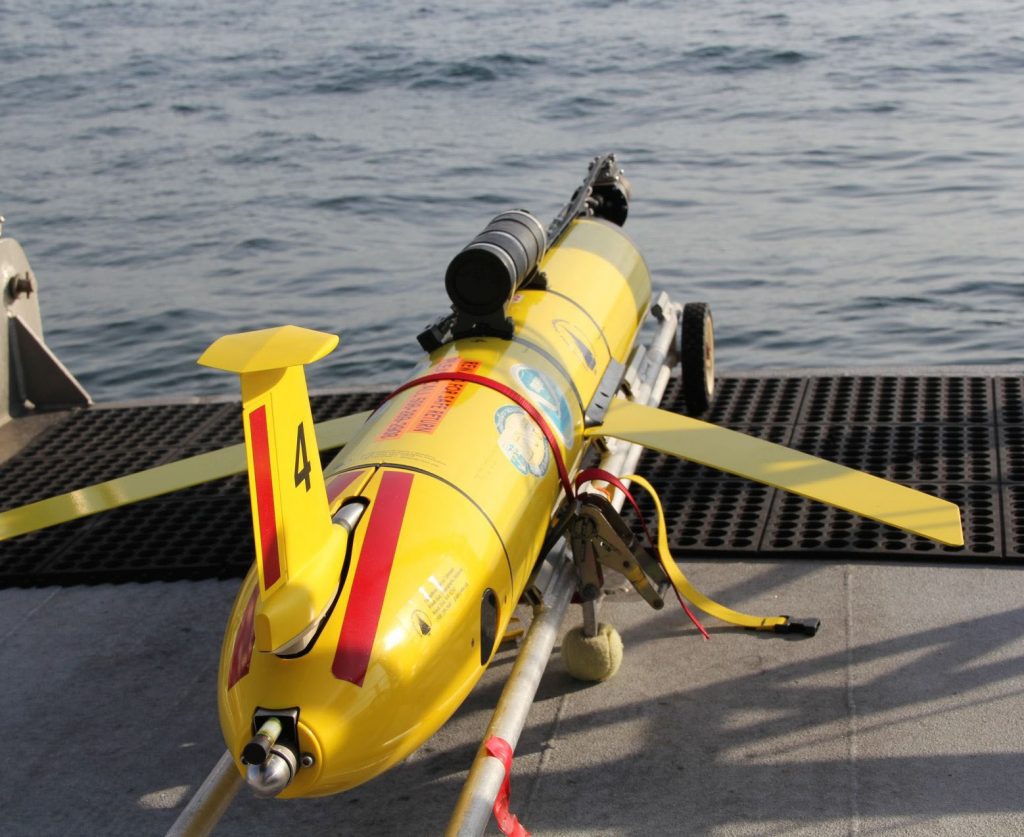 uses buoyancy-based propulsion and wings to move up and down through the water, followed programmed track lines heading south from Salem toward Plymouth during the three-week project, recording both natural and man-made sounds.

The gliders will provide additional information to that collected by six underwater recording units deployed in the Bay last October by NOAA. Using these combined systems, scientists hope to confirm the location and duration of known coastal cod spawning grounds as well as identify possible new spawning areas in both state and federal waters.

Atlantic cod are known to gather in high concentrations in very small areas to spawn, sometimes forming vertical columns or “haystacks”.  They often return annually to the same location to spawn, a behaviour known as spawning site fidelity.

During the spawning season, male cod produce low frequency sounds, called grunts, which are thought to serve as a courtship display to females or as an aggressive display to competitors.  The grunts are picked up by recording units that collect and store the acoustic data. By analyzing these data, scientists are able to characterize ocean noise, study the acoustic behaviour of marine mammals and fish, and gain a better understanding of the abundance and distribution of different species.

“We are excited about adding new technologies to identify historic and perhaps new spawning grounds of cod,” said Sofie van Parijs, who heads the Northeast Fisheries Science Center (NEFSC)’s passive acoustics group. “The gliders will cover areas that stationary recorders and active sensors don’t reach, giving us a better sense of where and when fish are in the area. This work builds upon our existing knowledge and adds another piece to the puzzle.”

A pilot project initiated in spring 2011 used a single MARU in northern Massachusetts Bay and successfully recorded grunts from spawning cod. Cod were also captured near the MARU as part of a tagging study conducted at the same time by Massachusetts DMF, confirming that cod were present.

Because cod vocalizations can be detected only within 50-100 meters (165-330 feet) of the source, the gliders deployed late last year were intended to identify possible cod spawning activity in areas outside the range of the stationary MARUs.