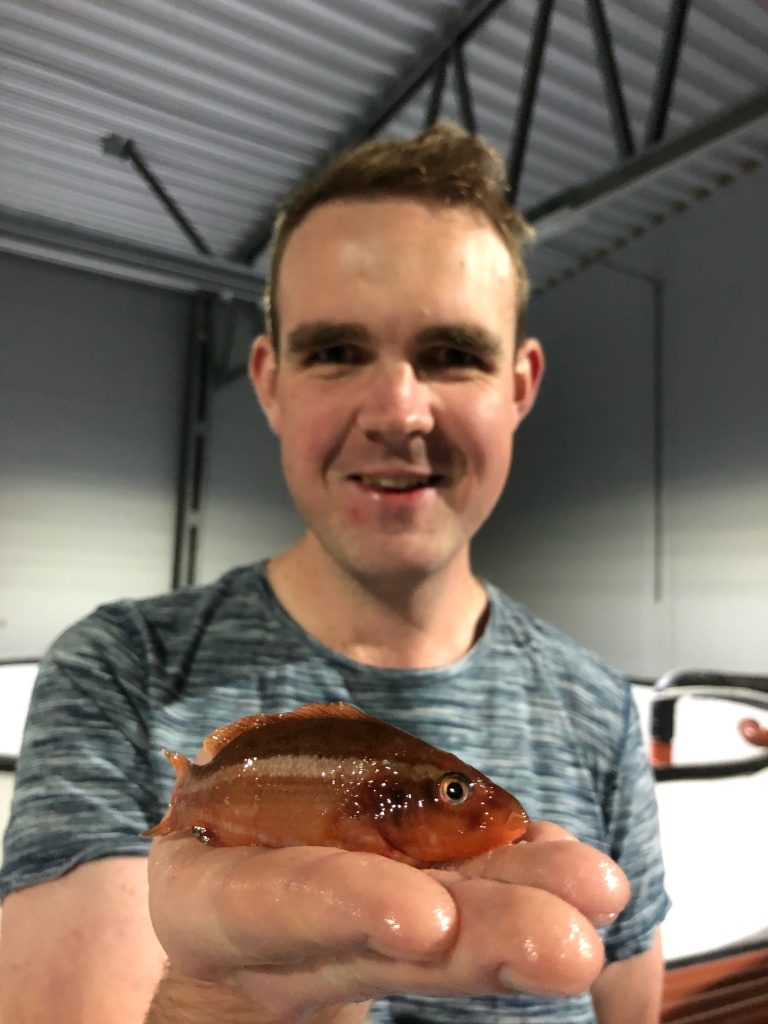 Ballan wrasse can be an intimidating species to grow, but for Aleksander Haugen, who has been around fish farms since he could walk, he embraces the challenge.

Haugen, 27, is the head of the larvae department Mowi’s Øygarden ballan wrasse facility. Whether it’s experimenting daily light variations for stress reduction or improving the tank cleaning procedures at the facility, he is excited by the diverse demands of the job.

“I don’t really find much challenging; it is only an opportunity to learn and develop,” he said. “It is always an exciting challenge getting a new species off the ground, especially a fish as difficult and complicated as ballan wrasse.”

Anette Lekva, who nominated Haugen, said that has been a big part of getting the facility’s production cycles more stable. Before Haugen took the reigns, Mowi experienced many crashes in the larvae phase. As Huagen began to tweak and improve the operations of the larvae department, efficiency and productivity has also increased.

“Previously we sometimes had crashes in the larvae phase,” explained Lekva in her nomination. “After we started cleaning the facilities more regularly and more totally, the production is more stable. Aleksander has also participated in making several upgrades in the larvae department and also has further plans to improve the tank environment. He also helps the veterinarian.”

There is no job too big or too small for Haugen. He enjoys working with the fish and it’s something that he has done since he was five years old, watching his father work in a salmon farm. He started working as an apprentice at Mowi’s Øygarden ballan wrasse facility in 2013, straight from aquaculture high school at 18 years old.