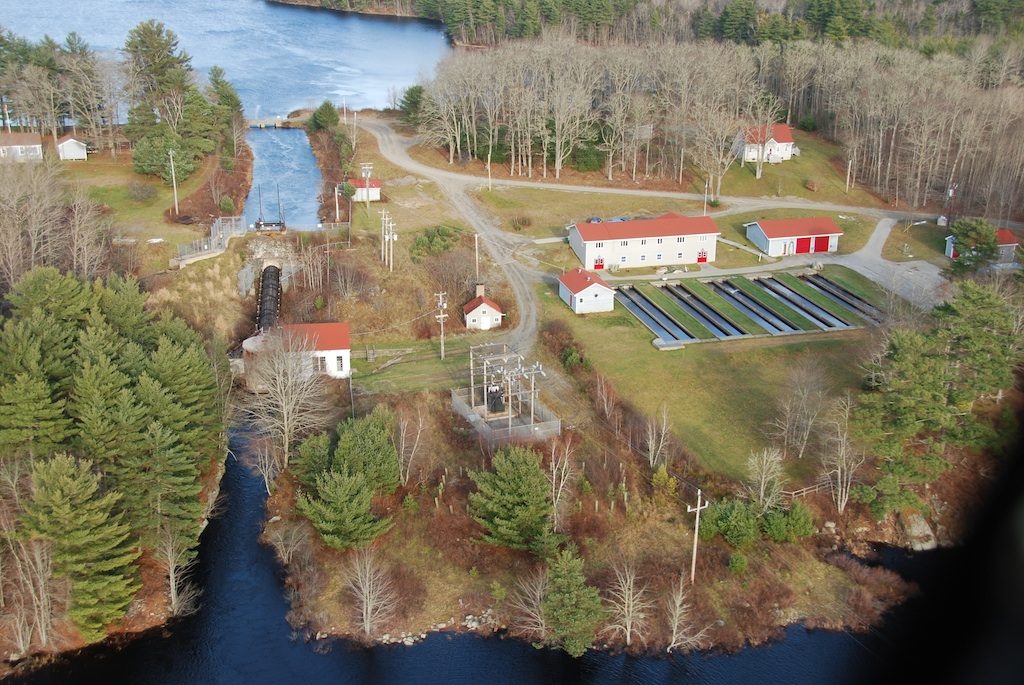 The McGowan Lake Fish Hatchery wasn’t the first hatchery operated by the Nova Scotia government in Atlantic Canada, but it has a storied history all its own.

“It was constructed by the province in 1986-87,” says Mike McNeil, a fisheries biologist with the Nova Scotia Department of Fisheries & Aquaculture and the manager of the hatchery. “Before that we had one in Antigonish County, which was an old federal fisheries facility. We were contracting brook trout growing and stocking to federal fisheries hatcheries down here on the south shore and that wasn’t working out well. So they decided to construct a site in south-western Nova Scotia.”

McGowan Lake, in Caledonia, Nova Scotia, was an ideal location to build the hatchery for a multitude of reasons, but primarily because of the lake’s hydro electric facility.

“They had it dammed,” says McNeil. “To do that, they needed a water rights agreement with the Department of Environment and had to release so much water year-round and we would tap into that water supply. It made sense to have a facility here because we knew we’d have water year-round.”

One thing that was less than ideal, however, was the pH balance of the water in the area. As McNeil tells it, the acidity of the water is a problem in much of southwestern Nova Scotia, owing to a combination of granite and acid rain. The hatchery combats the issue, however, by running their water through limestone in the main building.

“We built a one-of-a-kind system where all our water comes into one building and we mix the water,” says McNeil. “We have surface water and a water line at the bottom of the lake so we can get cool water.”

The cool water from the bottom of the late offered a great opportunity to control the temperature of the water, but it also presented a problem – there was very little oxygen in it. After receiving some research and development funding in 1993, the hatchery began to pump oxygen into the water themselves, using three different types of injectors.

“We did a lot of tests on it,” says McNeil. “It’s helped out some of the private aquaculture people and hatcheries who’ve sort of piggy-backed on what we have. It’s made a big difference. We’ve tripled our biomass.”

Today, the hatchery produces roughly a million fish every year, primarily speckled trout with a little brown trout. At one time, they tried their hand at rainbow trout but they did not take to the acidity of the water at all. On the possibility of increasing the hatchery’s capacity and producing more and different types fish, McNeil says that they’ll only do so if the time is right.

“There’s always been talk,” says McNeil. “When we built the place, we built the plumbing to expand if need be. But it’s a matter of resources. Once you start talking about expansion you need more staff. Right now, we can manage what we have.”

While expansion plans may not be in store for a while, McNeil says that one thing has grown significantly in his time at McGowan Lake – the public’s interest in the hatchery and the work it does.

“I’ve seen over the years a lot of people becoming more interested and trying to improve what they have in their local areas,” says McNeil. “We get a lot of volunteers here. They help us pull the fish out and boat them around.”

Giving back to the community

The McGowan Lake Fish Hatchery attempts to give back to their community through programs for school children. Every spring, hatchery staff will go into local schools and teach children about fish habitats and the environment and also how to hook a line and how to cast.

“You look at new management techniques to circumvent the challenges,” says McNeil. “If you have a good staff who care about what they do it makes it a little bit easier, from my chair anyway.”