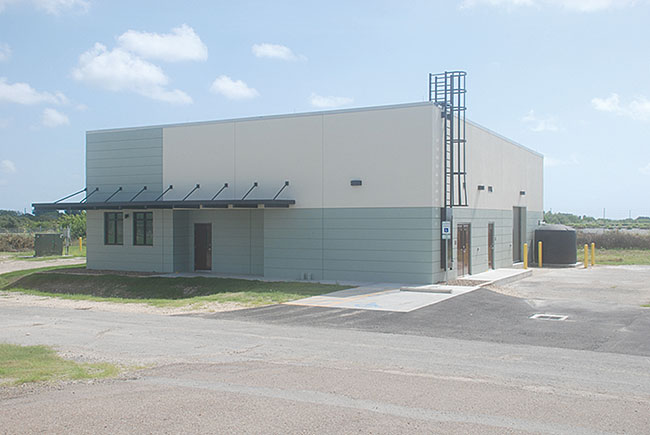 “Floundering” at the mouth of the Colorado River in South Texas holds tasty memories for Maggie Carrington who grew up on the Texas gulf coast.

“It was a memorable experience,” she says from her home in Las Vegas. “In the ‘60s my brother, Sonny and I would leave home around dusk and drive 25 miles to Matagorda Island where the Colorado River empties and flounder was plentiful.”

The pair would park their truck, turn on their flashlights and grab two gigs (a multi-pronged spear). As they walked into the gulf, Carrington was reminded to slide her feet through the ankle to mid-calf water to avoid getting stung by a lurking stingray.

“As we slid silently through the sand, we would shine the flashlight into the water looking for an ‘oval-shaped’ impression of a sleeping flounder, nestled in the sand. When I spotted one I grabbed my pitch fork and stabbed it. I had to move quickly because they were very fast,” Carrington recalls.

Any ‘slow’ flounders, that averaged about one foot each, went on a stringer. As the pair continue their hunt, they would encounter other locals wading silently through the inlet area in search of that delicious dinner within their reach.

Memories like these from local anglers were becoming few and far between as flounder populations have begun to decline due to mild winters and warmer water temperatures, with added pressure from fishing, especially when females are spawning in the fall and winter.

Hatchery to the rescue
In a bid to rescue the endangered flounder, the Texas Parks and Wildlife Department (TPWD) built a new hatchery in Corpus Christi to start rearing the species.

“Flounder populations are declining and have been for years,” says Ashely Fincannon, marine development hatchery manager. “There are many factors for the decline, including fishing, but increasing water temperatures is a major concern.”

The new hatchery has been in operation for less than a year. The new flounder building is located at the Marine Development Centre where scientists have also been raising Red drum and Spotted seatrout since the 1980s. Though these are not in decline like the flounder, and are considered in stable populations, the facility continues to stock these species since they are important to anglers and it helps keep populations healthy.

All hatchery operations needed to be in one location where there are staff and appropriate resources for production, according to Fincannon.

The Corpus Christi facility suffered a devastating winter storm in February. The coastal staff was slammed with repairs at the hatcheries as well as fish assessments for the massive fish kills. Fincannon says the true impact to species will not be known until July of this year when the gill net sampling season is complete and it can be compared to previous years.

The Texas Parks and Wildlife Department has three fish hatcheries on the Texas coast located in Lake Jackson, Palacios and Corpus Christi. These three hatcheries combined are focused on producing Red drum, Spotted sea trout, and Southern flounder. These locations allow fish to be easily transported to the upper, middle and lower Texas coasts. The coast is over 350 miles long. The upper coast is closer to Louisiana and the lower coast is closer to Mexico.

In response to substantial declines in Red drum populations and recruitment, the TPWD began operating saltwater fish hatcheries for stock enhancement in 1983, according to Julie Hagen, a specialist with the coastal fisheries division of the Texas Parks and Wildlife Department. The department routinely utilizes stock enhancement to assist in maintaining natural populations impacted by increased recreational fishing pressure.

Today, the program releases between 20 and 30 million hatchery-raised fingerlings annually into eight different Texas bays and estuaries. More than 800 million fingerlings have been produced and released into Texas coastal bays to date. 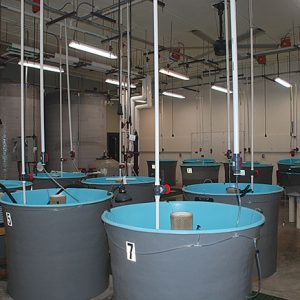 Fertilized eggs from broodfish are placed in the incubation room until they hatch. 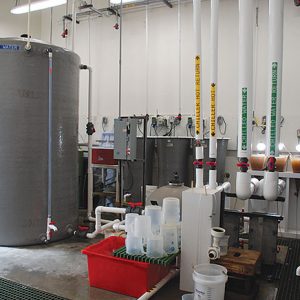 Rearing protocols
At the hatchery, broodfish are placed into tanks and put on a 150-day photoperiod (light) and temperature maturation/spawning cycle. After this conditioning period, broodfish routinely start spawning and can produce tens-of-thousands of fertilized eggs per night. Viable eggs are collected by hatchery staff, incubated and hatched. Larvae are then reared to fingerling size in outdoor culture ponds.

“In regards to spawning fish, there is not much technology involved,” Fincannon says. “We do work with researchers at various universities who use newer technology, such as next-generation sequencing technology to generate Genotyping-in-Thousands by sequencing (GT-seq) panels for Red drum, Spotted seatrout and Southern flounder.”

Staff scientists feed the broodstock three times a week with a maintenance diet at three per cent of their body weight. Southern flounder larvae are fed rotifers as a first food source, then transitioned to artemia.

The facility does not keep flounder it raises until they reach sexual maturity. Staff scientists grow flounder until they have undergone metamorphosis, and then they are released into the wild.

“Flounder are kept in the hatchery for upwards of 60 days because they have to undergo metamorphosis before we release them,” says Hagen of the Texas Parks and Wildlife Department.

“We believe rearing and releasing flounder into our bay systems will be part of the solution in conjunction with management decisions to protect the resource. It will be a two-pronged approach.”