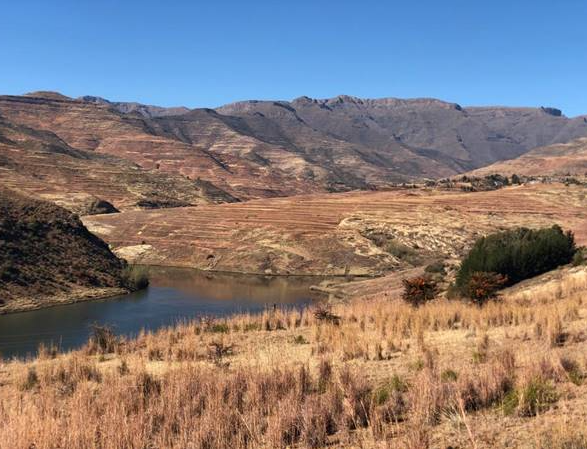 Singapore-based Pure Salmon is investing US$250 million in Africa to build a 20,000-ton land-based salmon farm in the Butha-Buthe Highland region of the Kingdom of Lesotho.

The “state-of-the-art” RAS farm will be developed in partnership with the Lesotho National Development Corporation (LNDC) and is expected to generate annual revenues that will account for eight per cent of the country’s GDP, according to Pure Salmon.

The project is slated for completion by 2023, and is expected to generate more 250 full-time jobs in Lesotho. The facility will run on 100 per cent renewable energy powered by the adjacent hydroelectric power station, the company said.

“Not only is Lesotho one of the most dramatically beautiful countries in the world, the Highlands are also the source of some of the purest natural water reserves in the world,” said Stephane Farouze, board director of Pure Salmon and chairman and founder of 8F Asset Management, Pure Salmon’s parent company. “This directly complements the Pure Salmon pledge to deliver sustainable Atlantic Salmon, free of microplastics, antibiotics, pesticides and other contaminants.”

As part of the new deal between Pure Salmon and the LNDC, a foundation will be established by Pure Salmon to support the local community. The 8F & Pure Salmon Foundation will sponsor an aquaculture education program at the National University of Lesotho, with 15 international internships available at Pure Salmon’s facilities across the world. One million free salmon meals per year will also be provided to local schools and orphanages during the first 10 years of the facility’s operation. As part of its impact investing ethos, Pure Salmon will provide shares through direct ownership of the site to the communities which offer their unused land for the salmon farm, the company said.

The agreement for the project was signed by LNDC CEO, Mr Mohato Seleke, in the presence of Lesotho government ministers the Hon Moeketsi Majoro, Minister of Finance; Hon Habofanoe Lehana, Minister of Trade and Industry, and Hon Samonyane Ntsekele, Minister of Water.

At the signing ceremony, Mohato Seleke remarked, “I sincerely believe this partnership will yield tremendous results for Lesotho as a whole. The Pure Salmon product is a high-end consumable and Lesotho boasts the perfect conditions for producing it. It is for this and numerous other reasons that we are engaging in this agreement with Pure Salmon and 8F.”

The announcement follows the company’s ambitious launches with a fully operational facility in Poland (producing adult-size fish of 5-6kg) and projects underway in Japan, China, Bahrain, America and Europe, that will contribute to Pure Salmon’s aim to produce 260,000 tons of salmon on land per year.