Joel Sims is a man on a mission. The hatchery and nursery owner in the Philippines wants to elevate the status of African catfish (Clarias gariepinus) as the “new green fish” and the country’s answer to food security. 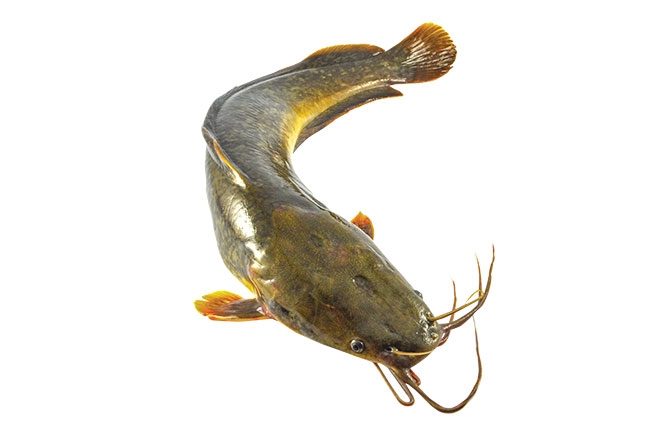 Joel Sims is a man on a mission.

Catfish farming is good for the environment, he says. “Catfish can be stocked intensively per unit area with less energy and it can be fed dead livestock to convert it back to food instead of simply casting it away to produce methane gas during decomposition that contributes to global warming,” Sims tells Hatchery International during an interview at his hatchery in Valenzuela City in Metro Manila, Philippines.

Comparing its grow-out stocking density in earthen ponds to tilapia’s, he says, “The harvest yield of tilapia from one hectare is 6,000 kg. For the catfish, it is 8,300 kg in 1,000 square meters.” The unique catfish respiratory system allows such a high stocking density, which, in turn, makes it an ideal species for food security.

Green light
Sims used to be in grow-out production but one particularly bad season made him decide to go to hatchery and nursery, where turn-around period is so much faster and risks less hard to manage.

It takes only 30 days for larva to reach the fingerling market size of 1inch to 1.5 inches. Grow-out harvest size, meanwhile, is achieved in four months at the size of three fish per kg.

The all-weather hatchery has 20 tanks, each with a capacity to hold 500,000 fry. In lieu of an aerator, he improvised by using a faucet, which is always on. Water flows out of tank using natural gravity. Water is sourced from a deep well.

The facility containing the tanks has green polycarbonate roofing. He said green light relaxes the larva.

With his new-green-fish proposition, he is focused on producing quality fingerling. For larval feed, he cultures moina. “This is feed for seven days before they are weaned to supplemental feed,” he says.

Tubitex is a popular larval feed which has demonstrated “remarkable” growth rate in just six days. As it breeds best in sewer-like environment, it is a carrier of pathogens that lead to a high risk of mortality. Sims tried culturing tubitex in a sanitary environment but without success. So he opted for the earth-reared moina.

Sim’s nursery is in another site, located 80 kilometers away in Lubao, Pampanga. There, the earth-reared fishpond produces algae and other natural food for the fingerlings. “Aquaculture, like agriculture, is in the soil dynamics,” he says.

Art vs. science
Survival rate for the fingerling used to range between five to 80 percent. Since his operations manager, Jimmy Roxas, came on board, Sims says the survival rate has gone up to 70 percent. They are aiming for a consistent 80s.

He says previous erratic fluctuations were caused by his former staff’s attitude of “art versus science.” At first, Sims was puzzled why he couldn’t replicate in his nursery the performance levels in those that consulted with him. It turned out his instructions and protocols were not stringently followed by staff at his own hatchery.

Roxas had them fired, and the new set of staff now follow protocols.

There is a good number of catfish hatcheries in the Philippines, but demand still outweighs supply. Sims says he could produce more but he is satisfied with two million fingerlings every month. His clients come from all over the country.

Before he went into catfish production, Sims was in the forefront of advocating for laws that benefit the Philippines white shrimp (Vannamei). He recalled that in one industry event, he bumped into a colleague who had since made it big in the shrimp business.

Sims told him, “The rich no longer has a problem with their food.” Shrimp commands a high price in the country. So it is usually only affordable among those with superfluous income. “I will take care of food for the poor.”

He is currently working on the details of a multi-layered program to see this through.