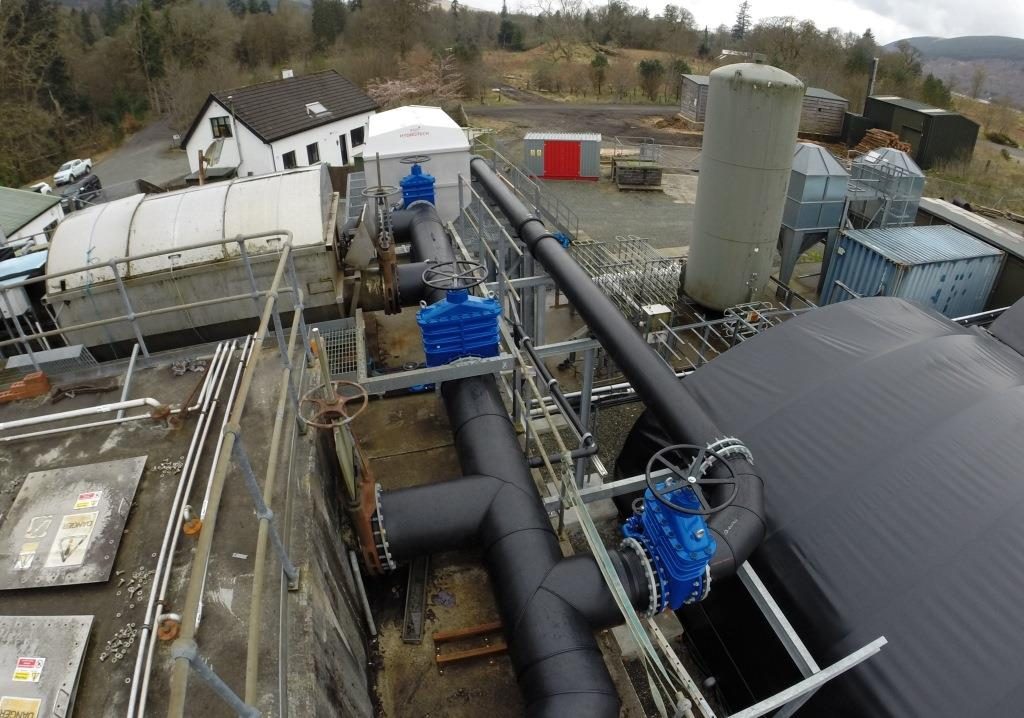 The recent installation of a secondary filtration unit at Marine Harvest’s salmon hatchery in Cairndow, Scotland has resulted in a significant improvement in juvenile gill quality, according to hatchery manager Owen Hutchins.

“We had been puzzling over intermittent gill damage issues to our 0.5g fish during first feeding for some time, and deduced that it might be associated with particulate size in the water associated with the local river being in

spate,” he said. “Subsequent tests using different screen sizes found that our existing filtration system was letting in microscopic sharp particles which could be responsible for the damage.”

By installing additional filtration to take out the portion of the particulate responsible, the hatchery hoped to eradicate the problem.

Fusion Marine was contracted to assist with the installation, which was completed in two phases, and in a tight timescale between smolts leaving the unit and delivery of the 2014 season eggs.

The second phase saw the new filter connected into the system in time for the eggs hatching and in preparation for first feeding at the beginning of February 2015.

“We now have a highly efficient filtration system and exceptionally clean water, and despite initially being sceptical about its ability to promote improvements to fish health, we have been delighted with the results,” said Hutchins.

“The upgrade project went extremely well and has given us greater confidence in our ability to produce strong, healthy juveniles and smolts,” he added.

The hatchery will produce 5.3 million juveniles this year, using Norwegian eggs delivered from AquaGen and from Marine Harvest’s own Mowi stock.

Situated at the head of Loch Fyne, in Argyll, the Cairndow hatchery is an important first link in the supply chain for Marine Harvest’s sea sites in Scotland.