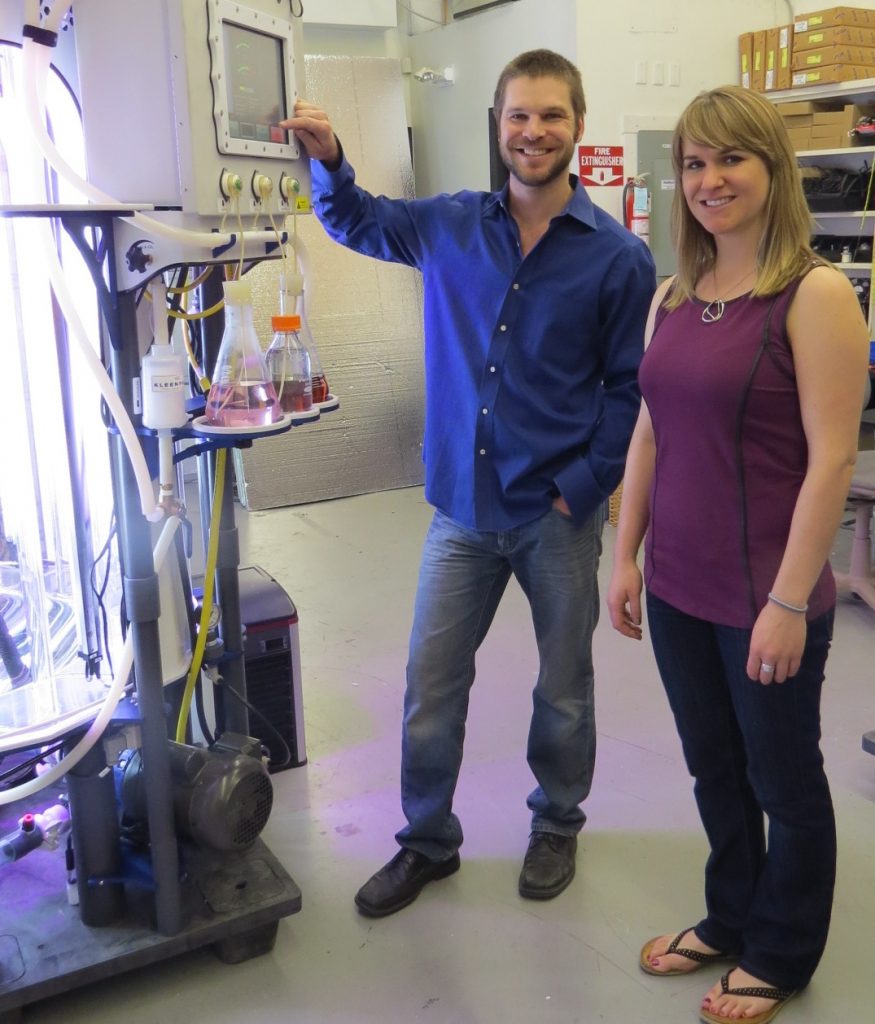 The brother and sister team launched the company with one algae bioreactor early in 2013 and have evolved the production process so that their team can now assemble one in just eight days. They’ve delivered nine to local and international buyers since the beginning of the year.

So far the primary clients have been shellfish hatcheries and biotech companies, but the duo is also eyeing other markets including producers of larval finfish.

The fully automated units can culture 1000 liters of “clean” algae from a 20 litre culture in about a week, then pressure wash and sterilize themselves at the end of the process.

Since the prototypes were launched two years ago company co-founder and chief engineer Robert Roulston has made numerous changes to the system, adding multiple micron filters, a chiller and a system to drive more light into the centre of the machine.  They’ve also cleaned up the wiring system and – more importantly – hired three engineering interns to help with increased production.

“Our algae bioreactors are a turn-key solution for research, aquaculture, and biotech,” notes the company website.  “Through automation, our bioreactors eliminate the majority of repetitive tasks involve in culturing algae. Touchscreen controls and real-time graphing of the culture conditions allows operators to quickly access a culture, and make changes as necessary to optimize the output.”

Robert’s not one to stand idle for long and he’s also been busy developing two other related products.  One is a rotifer production system using a similar process and the other is a 75 litre algae bioreactor suitable for small scale production at research labs, universities, etc.