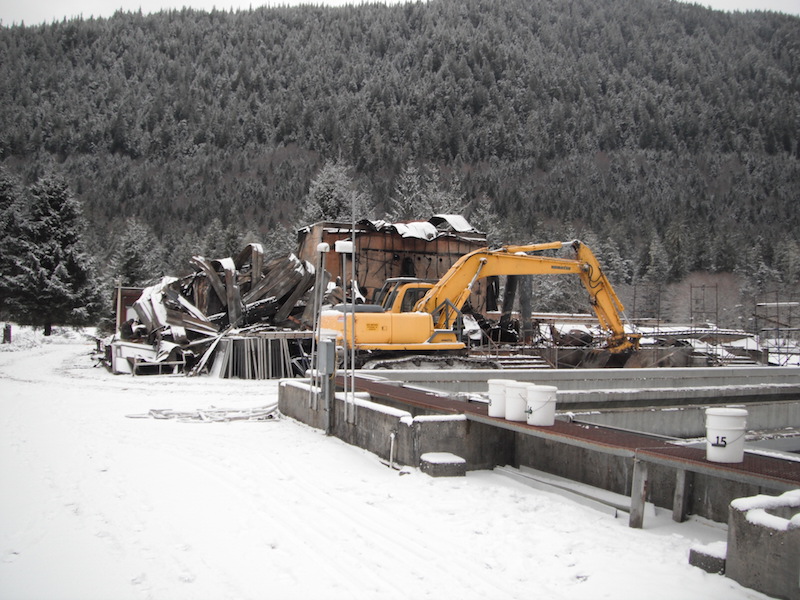 Crystal Lake Hatchery near Petersburg, Alaska is up and running again after a fire in March 2014 destroyed the facility. About 1.9 million salmon a year will be produced. Most are Chinook, but there are also around 300,000 coho.

Hatchery manager Loren Thompson said that the speed with which the state and its Department of Conservation reinstated the unit was “most impressive.” What’s more, Thompson said, no part of the operation’s production program was entirely lost thanks to the work of the staff and the support they received from the state Whitman Lake hatchery.

Although the hatchery was rebuilt and refurbished with similar equipment to what it had before, some was no longer being manufactured and had to be replaced with modern alternatives. This led to some upgrading, and improved efficiencies.

New hardware allows the staff to put water for the incubators through a chiller, reducing the temperature by four degrees and providing more control over hatching and release times.