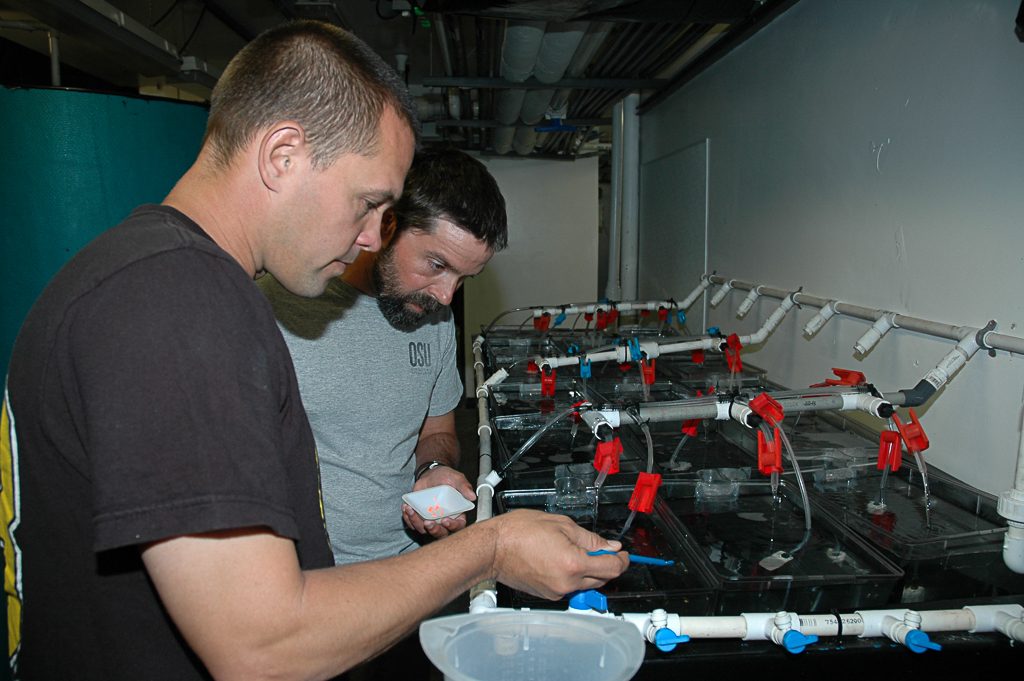 Researchers at California’s Hubbs SeaWorld Research Institute (HSWRI) and partners from Oregon State University (OSU) have been awarded $400,000 for a two-year joint project to improve larval feeds for select marine species. The goal is to maximize fish production and quality for stocking and farming programs.

The project acknowledges a priority of the US National Oceanic and Atmospheric Administration (NOAA) to “Increase the supply, quality, and diversification of domestic seafood.” Funding is through the NOAA Saltonstall-Kennedy grants-competition program.

HSWRI senior scientist Mark Drawbridge told HI that he will work as Co-principal Investigator alongside OSU’s Dr Chris Langdon, to build on the R&D success of a recent three-year project HSWRI conducted with the Western Regional Aquaculture Center. The team maintains that it is now in a good position to make “significant advances” in the development of larval feeds.

Research will focus on white seabass and California yellowtail “commercially desirable, high-value species” in the US southwest region, but may also include California halibut, a species that has been declining on the southern California coast. All three species would benefit from improved culture methods in order to produce greater quantity and better quality of fish.

Drawbridge confirmed that the researchers are culturing the species for two purposes: traditional fish-farming and stock enhancement.

“The primary goal of this project is to apply nutritional approaches to larval culture that yield at least a 10% increase in survival from egg into the juvenile-fish stage,” reads a report from HSWRI, adding that at the same time it wants to see a similar percentage decrease in bony malformations. It is hoped that this can be achieved by optimizing enrichment methods for increasing the levels of taurine, iodine, selenium, vitamin C and HUFA in rotifers and Artemia using liposomes.