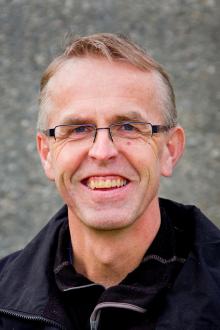 Norwegian researchers have discovered that a specific gene plays an important role in determining whether a salmon returns to spawn as a large or small salmon.

The longer a salmon is at sea before maturing, the larger it becomes, and the more offspring it can have. Large female salmon lay more eggs, and large male salmon are better at winning fights with other males within the rivers. In other words, size matters.

“We have found a single gene that explains a huge 39% of variation in age at maturity in salmon, and thus also in size,” explains Sigbjørn Lien, professor from the Norwegian University of Life Sciences (NMBU).

In itself this is uncommon, as maturity is assumed to be a property that is controlled by a large number of genes.

“In humans there are a large number of genes that control the age of puberty, but combined these genes explain less than 3% of variation,” Lien adds.

The gene that the researchers found has two main variants.

“Salmon that inherit one variant of the gene instead of the other may have a difference in age of puberty of almost a year,” Lien continues.

However, this is just the beginning of the story.

Size counts most for females

Spending more time in the sea allows salmon to grow larger, but carries a significant risk of not surviving until spawning. This dilemma has different optimum solutions for the two genders.

A small male has sufficient sperm for many offspring, but has to be very large in order to win all of the battles in the river. In other words, there’s no point becoming just a little bigger for a male salmon. On the other hand, the larger the female is, the more eggs she can produce.

Males and females essentially share the same genetic material. So how do salmon prevent natural selection from becoming a struggle between the sexes, where neither males nor females mature at the optimum age?

The answer discovered by Norwegian, Finnish and Scottish researchers was recently published in Nature magazine.

“What is really surprising is that salmon that have one of each variant will become larger if the salmon is female, but smaller if it is male,” Hindar explains.

Researchers looked at scales from 1500 salmon from 57 salmon populations (54 rivers) across Norway and Finland.

The scales can be used to both isolate and map DNA. Each individual fish’s genetic code acts as a log book that provides a unique insight into the life of a salmon. Just like growth rings in a tree, fish scales also have rings. These growth rings develop as the fish grows, and the width between each growth ring can tell us how fast the fish grew, how many years it spent as a young salmon in fresh water, and how long it spent in the sea before reaching maturity.

In the DNA the researchers isolated from the scales, they tested 220,000 genetic markers and searched for links between these and size and maturity characteristics of wild salmon. One of the genes that was discovered by assessing these links stood out because it differs markedly between small salmon and large salmon.

“This wouldn’t have been possible without the work that has been done on mapping the salmon genome,” says senior researcher Matthew Baranski at the Nofima food research institute.

When researchers checked which type of gene this was, they found the gene Vestigial-Like Family Member 3, or VGLL3, which was previously known to affect the age of puberty in humans. Studies of mice show that it plays a part in regulating the amount of fat the body stores.

“For outsiders it may be hard to understand how important this discovery is, but it represents a quantum leap in our understanding of salmon biology,” Hindar says.

The new knowledge has great significance for research and monitoring; knowledge of the gene provides researchers with a more accurate tool to monitor genetic changes as a result of anthropogenic influences.

One of the effects the researchers are interested in is so-called size-selective fishing, that is, large salmon are caught more often than the small salmon. If this type of fishing takes place for many generations, the size of salmon will eventually decrease. It is also possible that the knowledge may be used to help nature re-establish large salmon in rivers where they have become extinct.

“This new knowledge will allow better decisions to be made regarding the maintenance of sustainable salmon populations,” Hindar concludes.