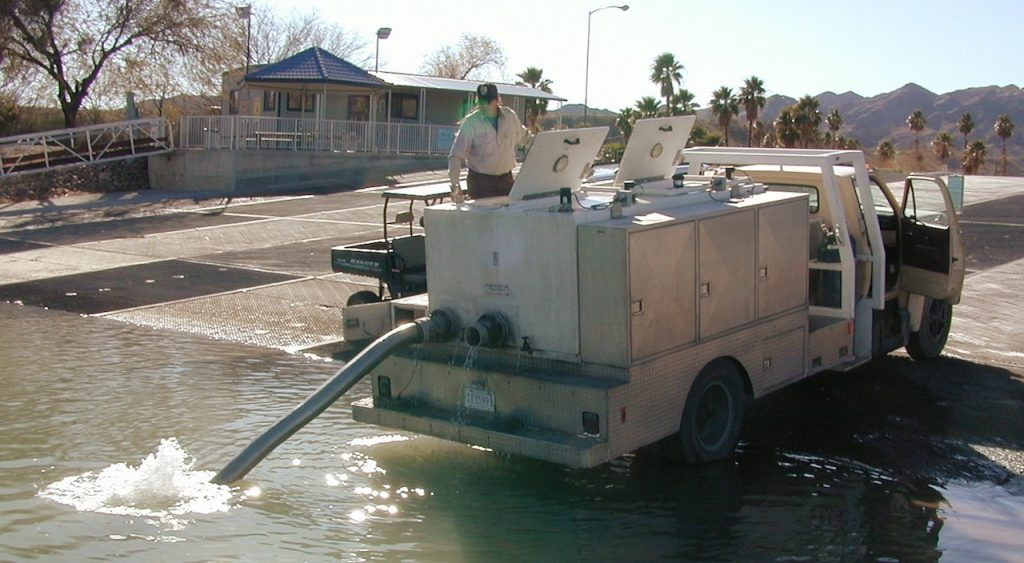 Depending on the restocking purpose the goals of each hatchery will be very different.

When I was doing my PhD in Atlantic Salmon reproductive strategies, a few decades ago, I had the chance to visit a few very large (for my standards back then) restocking hatcheries. These were operated mainly by power companies obliged to compensate for salmon populations threatened by rivers that had been damned to produce hydro-electric power.

Here were great investments in aquaculture infrastructure by companies that had nothing to do with aquaculture, but that were required to invest in order to offset the impact of their core business activities on the environment and on public perception.

Although profitability may not come to mind as the first objective of these hatchery operations, the fact is that they were created to appease criticism from environmental and local groups, to manage relationships with other interested parties (such as the Native American peoples that traditionally exploited salmon fisheries) and to ensure smooth operations for their core activity (electricity production) and viable plans for future expansion.

Restocking hatcheries can have many and different purposes; in the example above the purpose was to produce parr to stock rivers where many barriers caused by the hydroelectric dams simply blocked salmon or trout from reaching their spawning grounds.

Salmon ladders built by the side of the dams were used by some fish; however, the numbers of salmon reaching the spawning grounds were too small to produce the parr that would, a few years later, result in the important fishery along thousands of kilometers of the Pacific Northwest coast.

Depending on the restocking purpose the goals of each hatchery will be very different. Commercial hatcheries may target the minimization of production costs or the production of high performance fry that will grow fast and convert feed efficiently. Issues like stress and disease resistance are important when you grow fish for human consumption, at high density and under high feeding and husbandry pressure.

Enrichment of populations for commercial fishing

How then do we align hatchery goals with the goals of the parent company? The parent company, even when it is the State, will want to optimize the costs of running the hatchery; most frequently this means, reducing them to the lowest possible. This will place pressures on staff salaries, laboratory expenses, feed and power, similar to those found on commercial hatcheries. However, there should be mechanisms that balance these pressures as a function of the results achieved by the hatchery, and these results must be interpreted in connection with the goals of the facility.

For hatcheries running stocking programs for recreational fishing the goal of the company is easy to align with the goal of the hatchery, being that the performance of the fish produced in the hatchery is what determines the economic performance of the parent company. Anglers expect to catch decent-sized, healthy fish that will provide them with an exciting fishing experience. If the fry produced by the hatchery are deformed, with metabolic diseases, slow growing, or in any other sense poorly performing the fishery will not have ‘customers’ and the business will die. In most cases this link is straight forward and the impact of hatchery management options will be visible immediately.

In these hatcheries performance measurement should include for example frequent (2-4 times per year) evaluation of the numbers of fish or shellfish in the population, age classes and genetic characterization. If the population is stable or growing, the age-class distribution is acceptable (varies form species to species) and the genetic makeup is healthy (low inbreeding, similar pattern of alleles to the original population), then the program is performing well.

The mother company should use these performance indicators (KPIs) to evaluate the degree of success of the hatchery, but to have these KPIs in acceptable ranges the hatchery needs to implement processes of genetic characterization of broodstock and fry, ensure the health of fry before release into the wild, and a number of other processes that add cost to the operation but that are essential for the success of the program.

Similarly, restocking commercial fisheries with inbred or diseased fry may lead to the opposite goal and the destruction of the fishery. Success here should also be measured by frequent monitoring of the genetic profile of the wild and hatchery population, by age-class analysis in the wild population and of course, by the size of the fisheries’ harvest.

I remember a talk in a meeting on Salmon Ranching in Nanaimo, BC  (20+ years ago) where scientists measuring the performance of some of the large re-stocking hatcheries on the Columbia river concluded that the biomass of parr fry stocked in the river was greater than the biomass harvested in the corresponding salmon fishery. The interpretation back then was linked to poor genetic profile of the parr released (high inbreeding, maladapted to the specific river habitat, poor homing behavior), issues of health and others. Clearly these hatcheries were not, back then, reaching the goals they were meant to achieve. I also remember that the public pressure on the power companies was high and perhaps if they could show better performance of their re-stocking programs they could have improved their images.

Diogo Thomaz, PhD, MBA, is a Technical and Business Consultant for the Aquaculture Industry, based in Athens, Greece. After 15 years as R&D project manager and other industry positions he now leads Aquanetix (www.aquanetix.co.uk), a data management and reporting service for the global aquaculture industry. He also heads RealSales Ltd (www.realsales.eu) a sales consultancy company that helps businesses expand their opportunities in export markets. He can be contacted by email on diogo@aquanetix.co.uk