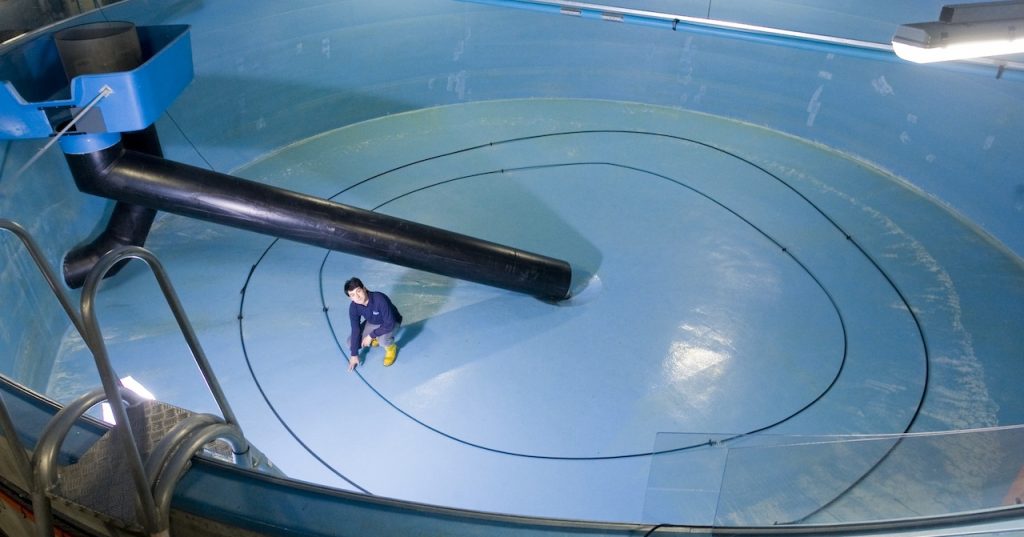 Engineer manager Justin O’Connor told HI that the project will double smolt production from just over four to more than eight million a year.

When asked about the Ranelagh site, O’Connor explained that there will be one big new hatchery building with an area of approximately 8,000 sq. metres, which is being built next to, but independent of, the current hatchery completed in 2009. Construction has been underway since July and will be completed by June 2016.

O’Connor said the unit will recirculate 250 million litres of water a day. Water that is discharged will be stored in on-site dams and used for farm irrigation. The hatchery will be capable of taking water from the abutting Huon River but there is a preference for well water coming out of the ground at a steady 13°C.

“We prefer bore water because it has no bacteria and we have full control,” O’Connor said.

He added that the hatchery will have heat exchangers to warm the make-up water to anywhere between 10 and 16 degrees inside the recirc system.