Research conducted into the genetic make-up of a resilient red alga has taken scientists a step closer to breeding disease-resistant seaweed. 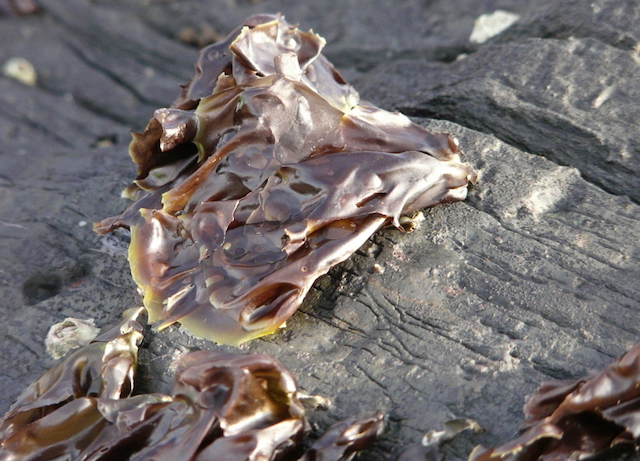 Researchers at the Scottish Association for Marine Science (SAMS) in Oban

Researchers at the Scottish Association for Marine Science (SAMS) in Oban, Scotland have established the genetic code for the Porphyra umbilicalis, a small, but tough intertidal species that can tolerate a range of conditions and is among the world’s most valuable commercial seaweeds.

The researchers mapped the 13,125 genes in the seaweed – a human has around 20,000 – to help discover what makes the intertidal species so resilient, as they aim to breed marketable seaweed that can withstand threats from common diseases.

They examined the red alga’s pathogen receptors – the equivalent of antibodies that recognise diseases and alert the alga to an attack – and found that the alga’s defences are unlike other plants.

The SAMS work has contributed to a research paper [Insights into the red algae and eukaryotic evolution from the genome of Porphyra umbilicalis] recently published in the American Journal Proceedings of the National Academy of Sciences (PNAS).

SAMS algal pathologist Dr Yacine Badis said: “Like any living organism, algae are plagued by diseases. Understanding how they detect and defend against disease is key to unlocking the future development of resistant strains.”

“Although red algae and land-based plants are related, the typical defence mechanism found in plants was not detected in Porphyra. This means that Porphyra has original pathogen detection strategies, a finding that opens exciting avenues of research into red algal immunity and its use in modern breeding programmes.”

“UK research on Porphyra umbilicalis has previously helped to shape the global seaweed industry – the British botanist Kathleen Mary Drew-Baker unveiled the life cycle of this alga and paved the way for the industrialisation of seaweed in Japan – and we hope our work can play a part in developing this industry into the future.”

Porphyra umbilicalis, more commonly known as Laver, can adapt to conditions on different parts of rocky shores and is able to withstand prolonged periods of exposure to the air as well as tolerating a greater degree of wave action than most other red algae.

The development of resilient and marketable seaweed would be of great benefit to the global aquaculture industry, which has developed at an unabated pace over the past six decades and is thought to be worth in excess of $5billion. However, farmed stocks are extremely susceptible to disease.

SAMS molecular phycologist Dr Claire Gachon said: “This work is part of our long term efforts to support the development of seaweed aquaculture worldwide through a better understanding of the diseases that plague the industry.”

The work at SAMS is part of the GlobalSeaweed project, a network of scientists advising on global seaweed policy funded by the UK’s Natural Environment Research Council (NERC).