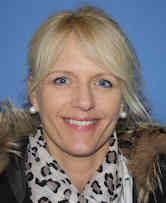 New research indicates that knowledge and experience beat out technology for hatchery efficiency.

Although there is more money to be made from market salmon, the groundwork for successful fish farming is set much earlier, says Hilde Ness Sandvold in her PhD thesis entitled, “Innovation and productivity growth in Norwegian production of juvenile salmonoids.”

It is during the juvenile phase – in land-based hatcheries – that the foundation for a healthy life as an adult fish in the sea is laid, Sandvold emphasises.

In the thesis, she highlights the relevance of innovation in Norwegian salmon production though measuring the economic impacts. Drivers of economic growth such as productivity and efficiency have been utilised to examine the financial results between companies and regions.

Which hatcheries are most efficient?

She has written four articles, and in one of these she examines which Norwegian hatcheries are the most efficient. The article provides an analysis of productivity growth for one key input factor in salmon farming – juvenile salmon.

The thesis estimates cost functions at salmon hatcheries for the period from 1988 to 2010. The numbers came from the Norwegian Directorate of Fisheries and showed the production and economy of close to 100 hatcheries each year. Most hatcheries in Norway have been included.

The production costs for juvenile salmon have declined substantially since the late 1980s. This comes in addition to quality improvement that has seen increased survival rates and reduced disease outbreaks after the fish go to sea.

One of the most important factors in the reduction of production costs is increasing scale of the farms. The number of farms has been reduced, while the production at each farm has increased. The fact that juvenile salmon producers operate at increasing returns to scale is probably explained by the government restriction on farm level output, and implies that relaxation of the restriction will lead to lower production costs, Sandvold says in her thesis.

However, what she found most surprising in the analysis was that the older hatcheries seemed to be the most efficient: “I thought that the sites with the latest technology would be most efficient. What we found was that hatcheries that managed to produce most effectively were actually the oldest hatcheries which that had been in operation for a while, Sandvold told the Norwegian fisheries news source, Fiskaren.

That the oldest hatcheries are most efficient, suggests that knowledge and experience are important.

In addition, the oldest hatcheries have often chosen the best locations with the best and most water. The analysis does not say anything about the reason, but this is my belief after working closely with the industry for many years,” Sandvold added.

The hatcheries were anonymized in her doctorate, which means that she is not able to point out the most profitable single hatchery producer in Norway. She can, however, point out regions: “The most profitable region is the south and the least profitable is the north. It is not so surprising. Analyses of fish show the same. Temperature differences are quite large, and that impacts on juvenile fish,” says Sandvold.

Moreover, hatcheries in the south were the first to get licenses,

and experience and training is slightly greater in the south, she added.

Sandvold’s research also shows that juvenile producers have been at the forefront of developing new technology, and this has helped generate growth in production. To produce smolt is much less costly today than it was in 1988. Then, the price was approximately 15 NOK per smolt, while the average cost in 2011 was 7.22 NOK. In 1990, a producer would get around 17 NOK per smolt, while in 2010 it was about 9 NOK per smolt ready to be released in sea pens.

The production time has also decreased from around one and a half or two years in the ‘70s and ‘80s, to maybe nine months today, Sandvold said.

The development within breeding, better roe, technology, vaccines and fish health are a vital contribution to the success of Norwegian salmon. The fish also grows faster, and have a better survival rate.

The researchers believe that the findings in the PhD can be used by both producers and politicians, and can provide input to the regulation of production.

The legislation in terms of incubators and hatcheries has not changed a lot, though previously all producers had a maximum number of units per year. Now it is how much intake and discharge water that applies. This shows that there has been a move in a more environmentally friendly direction, she said.