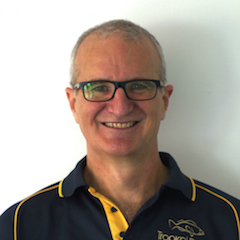 Purchase will save up to 30 jobs in Queensland.

A struggling Australian aquaculture and fish export company has been purchased by a subsidiary of Hong Kong’s Aquaculture Technologies Asia (ATA) Company. The move will save up to 30 jobs in the Cairns suburb of Portsmith, in Queensland.

Company One director, Don Wong, said in a statement to media, that he signed off on a

The company, which breeds and stocks giant grouper from its research centre in Portsmith went into voluntary liquidation this past December, when most personnel were made redundant and emergency funding was sought from the Department of Agriculture and Fisheries to keep the premises running until the end of January, or a buyer was found.

ATA said in a statement to various media in Hong Kong and Australia that it will re-employ all previous employees, during the coming months.

Knuckey was cited as saying in one report, that ATA is taking what he described as “an investment approach, with the company looking beyond just taking the technology overseas. They [the company] sees the facility becoming an R&D hub within the aquaculture industry in the region.”

“The hatchery is a really good fit for the business,” he reportedly said immediately after the takeover was signed, adding that 100 boxes of grouper fingerlings would be shipped to growers in Hong Kong later that day, with more to be sent in the coming weeks.

He also noted that, as the owner of the Northern Fisheries Centre Building and a Finfish creditor, the state government in Queensland had been very flexible in working with liquidators to help the company in finding a buyer.