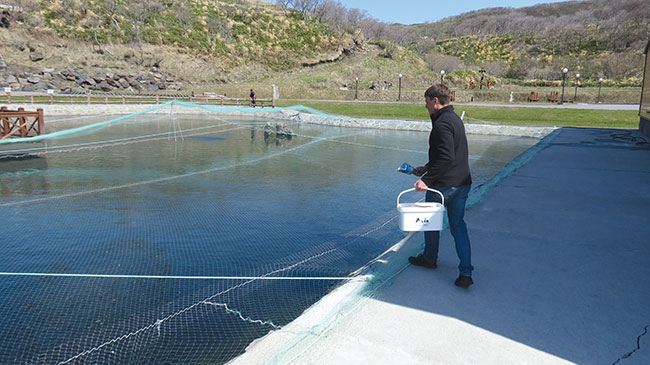 Russian fish farmers are caught in a perfect storm of low demand and skyrocketing costs amid the continuing national currency’s devaluation.

The Russian national currency lost 30 per cent in value since the beginning of the year due to COVID-19, pushing up the cost of imported broodstock and aquaculture feed.

“In the Republic of Karelia, Alania, and Osetia, 95 per cent of fish is grown from imported eggs. Our breeding system is nearly completely in ruins,” said Victor Golod, director of the Russian St. Petersburg-based federal breeding center.

The picture is similar on aquafeed. Russian fish farmers have long complained of the poor quality of aquaculture feed available in the domestic market. “Only imported feed is good. Domestic products are available on the market, but we don’t use them,” commented Yulia Ivanova, owner of a trout farm in Vartemyagi, Leningrad Oblast.

In addition to the rising costs, they are also struggling to keep their customers as the HoReCa (hotel, restaurant and catering) segment is barely operating in Russia.

“Although they have been allowed to re-start their operation, only 20 per cent of our customers approached us,” said Anton Alekseev, general director of the St. Petersburg fish farm Aqua Farm.

This may be a good time for Russian hatcheries to replace imports, but many of them are not optimistic. “There is a lot of uncertainty about the restaurants and the demand on the fish market, since the Russian population’s purchasing power is falling,” commented a source at a Russian hatchery who wished not to be named.

“The demand for broodstock is lower than usual, and in times like this, no business would invest in capacity expansion,” the source added.