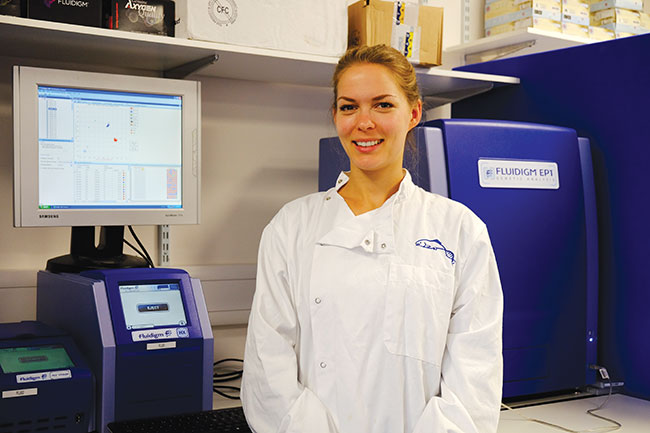 New Xelect research into Atlantic salmon has found that many structural genetic variations were located in brain-expressed genes that influence behaviour. Farmed salmon appear to have accumulated more of these variants than their wild relatives. This is presumably a result of selective breeding for domesticated strains. These findings show that there is a potential for structure variations to increase trait gains using natural genetics.

“One of the greatest challenges we faced was filtering out the many false variants that were not true structural variations,” said Dr. Alicia Bertolotti, who spearheaded this study. “None of the automated systems were accurate enough, so in the end, we did it manually which was an enormous task.”

The paper is a key output from Bertolotti’s PhD in Bioinformatics/Zoology at Univeristy of Aberdeen in Scotland, and later published in Nature Communications, as the first major study into structural variants in any farmed fish. Bertolotti and her fellow researchers sequenced genomes of 492 Atlantic salmon. The project was led by Prof. Dan Macqueen at the Roslin Institute at the University of Edinburgh, the Univeristy Aberdeen, the Norwegian University of Life Sciences, Xelect Ltd., and a few other international collaborators.