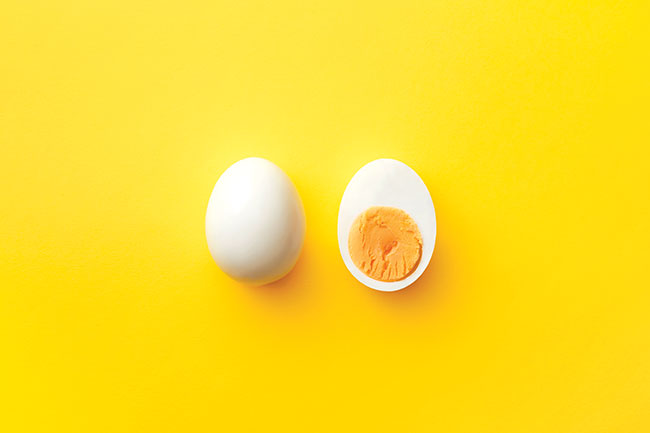 A research team in Nigeria looking for easily available and affordable dry feeds for catfish (Clarias gariepinus) fry in the country found the answer in boiled chicken egg yolk combined with fish feed. The fish feed serves as the vital feed.

“Feeding of fish fry of Clarias gariepinus with boiled chicken egg yolk in combination with 0.2mm vital feed is recommended as starter feed in fish hatchery for fish breeders. It is easy to procure compared to live fed feed zooplanktons. This will promote the production of fish seeds faster and large in the fish industry,” U Birbu, et al, said in the study, Manipulation of three feeds for feeding fry of Clarias gariepinus.

The team members are affiliated with the Federal University Wukari in Taraba State and the University of Jos in Plateau State.

Compared to the control and other diets, they said the combination diet gave the highest results in all parameters. The other diets fed to four-day post-hatch fry during the experiment were decapsulated artemia, which was the control diet; boiled chicken egg yolk; and fish feed. Data on survival rate, weight gained, standard length, total length and specific growth rate were gathered on the seventh and 14th day.

The boiled egg yolk was dissolved in water, drawn with an eyedropper and administered drop by drop. Fish meal, which were squeezed between two fingers to turn it into very fine mash, was dispensed at the same time.

“The fish farmer’s choice of food during the first few days after hatching is the most important to larval survival. Starter feeds are the first feeds given to …fish fry when their yolk sacs have been partially or completely utilized. Quality and appropriate starter feeds play a very vital role in the life of the living organism. First feeding in fish mark the most important period as delay or early feeding may affect larval growth and survival,” the study said.

The study was published in the International Journal of Aquatic and Fisheries Research.