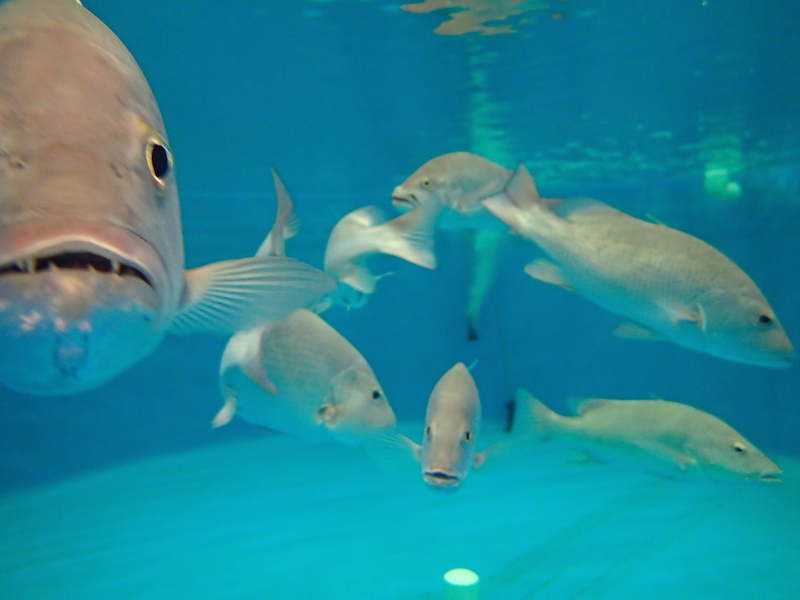 Hatchery production is challenging because the eggs are only 0.8mm in diameter, and the newly hatched larvae just over 2mm. Only a handful of other hatcheries in Australia have had success breeding the fish. For difficulty of breeding Dr Ken Cowden, researcher at NMSC in Coffs

Harbour, NSW compares the mangrove to bluefin tuna, another species that releases huge numbers of tiny and vulnerable eggs into the wild. Hardly any survive.

Cowden has been working with the mangrove for 25 years. He cautiously agrees that the recent production of about 4,000, 55mm fingerlings is somewhat of a breakthrough.

Nine males and seven females were used to obtain more than a million eggs. Spawning was induced with a hormone and then the eggs and milt were stripped into buckets. Within about 18 hours the fertilized eggs hatched out as 150,000 larvae.

Cowden maintains that the secret seems to be in the food which consists of copepod nauplii with (ideally) a mix of enriched rotifers.

NMSC isn’t permitted to release the juveniles into the wild, so after a couple of months in the tanks they were released into a freshwater impoundment.

“It’s a very interesting species,” Cowden adds. In the wild, the fish spawn in seawater at offshore reefs and, later, migrate into the estuaries and into freshwater.

Mangrove jack is a sport and food fish, and its successful breeding has positive implications for anglers and aquaculture.