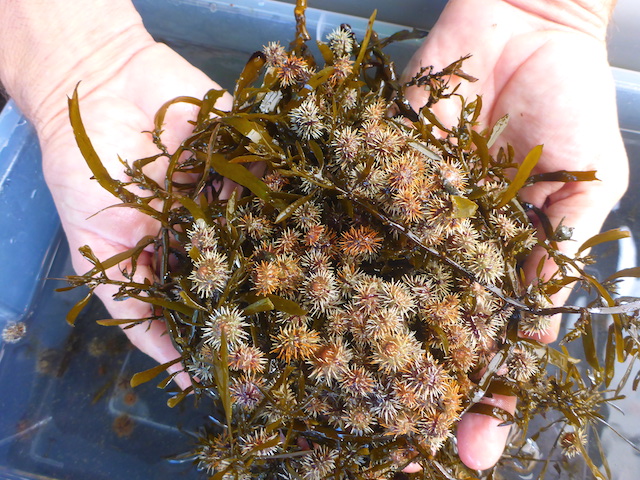 With this in mind researchers at Australia’s Southern Cross University (SCU) in New South Wales have been breeding it at the National Marine Science Centre (NMSC) in Coffs Harbour. A recent statement from the Centre says it’s about to send some to Japan and also plans to boost the state’s aquaculture industry by exponentially increasing the numbers of urchins available for export.

Over the past decade, according to SCU program leader Associate Professor Symon Dworjanyn, personnel at the NMSC have not only closed the life cycle of the collector urchin, but have succeeded in growing “millions” of them in the laboratory. In the process, one member of the team has made an extraordinary discovery, which may well account for the high densities at which the urchins normally grow in the wild, and which could make them a candidate for culture for the export trade.

SCU marine biologist and PhD candidate Hannah Sheppard-Brennand discovered that collector sea urchins have an anti-predator defence mechanism called pedicellariae – miniscule but fairly potent venom-bearing jaws that grow between the urchins’ spines and which can be released in a small cloud to deter potential predators.

These pedicellariae release a venom that is effective in deterring fish, but which Dworjanyn said has never been any serious problem for him or his staff when spawning sea urchins in the lab. Getting them to spawn is comparatively easy. The urchins are brought to the verge of releasing eggs and sperm by feeding to the point of excess with the common Sargassum seaweed, then they inject a small group, usually three males and three females, with potassium chloride (KCl). The urchins are normally kept at temperatures of 24-27°C, and three females can release tens of millions of eggs apiece, while the males put out 1015 (many billions) sperm. Fertilization is external.

The researchers speculate that the pedicellariae, in addition to the urchins’ short spines, could help account for the high densities at which the urchins can grow in the wild, if not over-fished.

Dworjanyn said that increasing consumer demand and reduced natural supply are creating opportunities for commercial sea urchin culture in Australia, and that the technology they have developed to produce juvenile sea urchins “is world beating in its efficiency.” He believes that, through SCU and the Centre’s research program, Australia has an excellent opportunity for growing sea urchins in high quality, warm water aquaculture sites with a clean “green” image.

The program has received financial support and assistance from the federal government, and planned a shipment of juveniles to Japan in July this year.