Researchers in South Africa found that survival rates of dusky kob larvae (Argyrosomus japonicas) increased under a feeding regime that weaned them to an artificial diet earlier than the current standard. 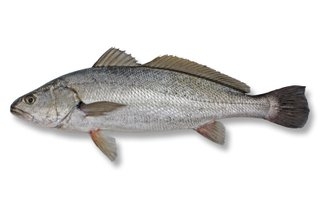 Earlier studies by other authors cited that reduced amount of the natural food fed to the larvae would negatively impact larval growth rate. The study’s main objective was to improve survival and growth rates.

“One of the biggest limiting factors in marine finfish aquaculture is the low survival rate of early-stage larvae. Most mortalities can be ascribed to the poor nutritional value of live feeds, sibling cannibalism, and various stressors that result in swim bladder hyperinflation and/or starvation during the larval stage,” said authors Thomas O. Keet et al in the abstract Larval-rearing techniques for dusky kob (Argyrosomus japonicas) with a specific focus on a novel feeding regime.

Three trials were conducted, they said, each one having five replicate tanks subjected to the new feeding regime and five replicate tanks subjected to the standard feeding regime used in RSA in a fully randomized design. Water quality variables were measured daily. Samples of fish from each tank were collected every two days for the duration of the trial.

The research team is with the Department of Ichthyology and Fisheries Science at Rhodes University in South Africa. The study was presented at the World Aquaculture conference held last June in South Africa.