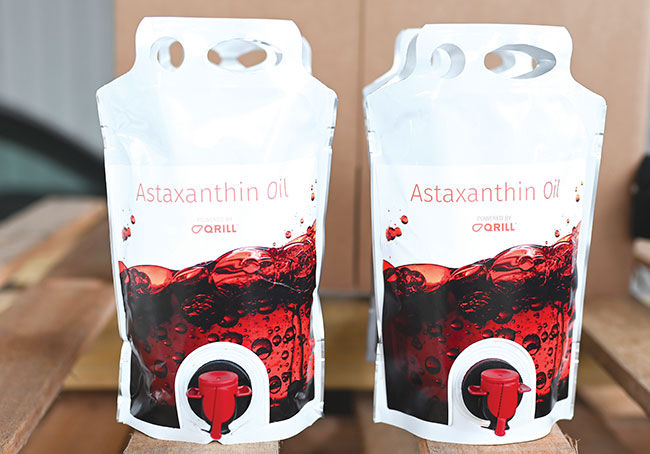 Astaxanthin krill oil can result in a significant advantage for the Pacific whiteleg shrimp in the post-larval stage, according to a new study from Aker BioMarine and Instituto de Ciências do Mar, Brazil (Labomar).

“Overall, our findings reveal that dietary inclusion of 30-50 grams of astaxanthin krill oil per kilogram of diet, combined with 80 grams of krill meal, has a strong effect on the growth and survival of post-larval Pacific whiteleg shrimp raised under high density conditions,” explained one of the authors of the study, Dr. Alberto J.P. Nunes from Instituto de Ciências do Mar.

“In addition, we saw that the shrimp receiving the diet of 50 grams of krill oil showed zero mortality after a 30-minute exposure to acute osmotic stress.”

Five different diets were prepared for the indoor test group and four diets for the outdoor test group. The outdoor set received varying levels of astaxanthin krill oil (QRILL AstaOmega Oil from Aker BioMarine), along with a control diet devoid of any krill oil.

The indoor set’s diet included varying levels of both astaxanthin krill oil and krill meal, to evaluate their effectiveness as substitutes for fish oil and fish meal. These diets were compared to a control diet without krill oil or meal.