White seabass (Atractoscion nobilis) larvae fed with live feeds enriched with a combination of vitamin C and taurine metamorphosed into juveniles with less incidence of lower jaw deformity, according to a feeding study in the U.S.

During various stages from day two post-hatch till the end of the trial on day 60, the animals were fed rotifers, Artemia and commercial-type diet.

The first trial investigated the effects of vitamin C alone on the growth and survival of larval white seabass. The animals were fed rotifers and Artemia, enriched with liposomes containing either a saline solution or vitamin C.

Larval growth and survival were not impacted by the enrichments.

The second trial investigated the delayed impacts of dietary vitamin C, with and without additions of taurine, on larval growth as well as subsequent malformation rates of juveniles. 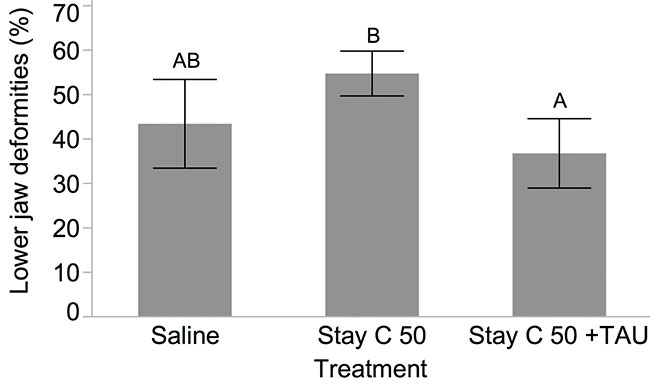 Looking into the deformity in juvenile seabass comes at a time when the survival rates in larviculture have significantly improved. Hawkyard said there was a time when a 10 percent larval survival rate from egg was considered a reason to be “happy”.

He said, “Of course that’s still an issue for a number of species but for a handful of commercially important species, such as seabass and Seriola, the survival rates have gone up significantly in the past few years.”

With the increase in survival rate, they have started noticing greater numbers of animals with malformations. “From a food fish perspective, this issue has more to do with larval and juvenile quality, and improvement in this area leads to greater culture efficiencies and improved animal welfare,” he said.

The research utilized microencapsulation (liposome) technology to deliver the water-soluble nutrients to the fish larvae. This addressed the problem of many essential nutrients being water-soluble and, consequently, being lost very rapidly from artificial diets when suspended in water.

“Liposomes are microparticles that are similar in size to marine microalgae and so they can be fed to things like rotifers and Artemia. We found that

liposomes show very high retention of water-soluble nutrients when suspended in water and are ingested and digested by rotifers and Artemia,” he said.

“Likewise, liposomes are a very good tool for manipulating the water-soluble nutrients levels, such as vitamin C and taurine, in live feeds and allow us to address new questions pertaining to the dietary requirements of marine fish larvae.”