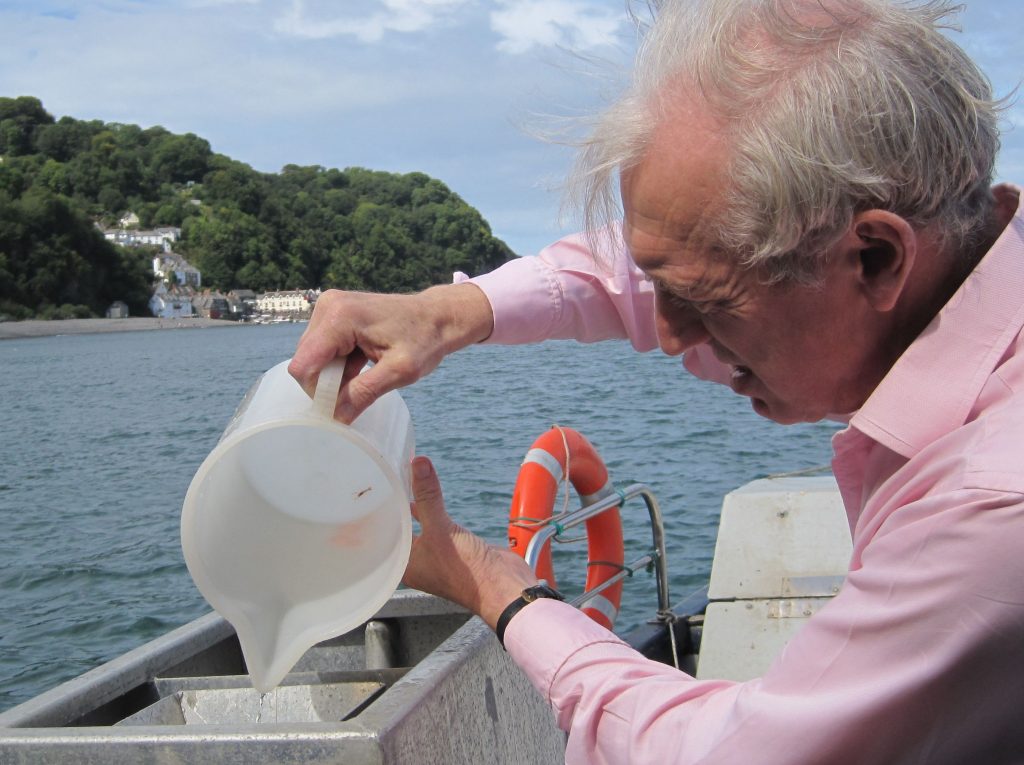 A National Lobster Hatchery in Devonshire works with the community to enhance lobster fishery.

The annual lobster and crab feast in the tiny North Devonshire village of Clovelly helps support the privately-owned National Lobster Hatchery in Padstow, Cornwall, which in turn has been helping boost the lobster fishery around Clovelly and other parts of the UK coast.

According to feast organizer Sue Haworth of Clovelly Estates a portion of the proceeds of the yearly festival will be donated to the hatchery.

This year the Padstow hatchery donated 1,000 juvenile lobsters, to be released off Clovelly during the September festival. Carried aboard a local fisherman’s boat, they were flushed down a tube to the ocean floor, hopefully to grow to maturity and add to the area’s wild stocks.

Haworth, who is marketing manager and events co-ordinator for Clovelly Estates, said that this year some 1,800 people paid to attend the festival, visit the village and enjoy the lobster and crab meals at the festival booths. Chefs’ demonstrations, tastings and entertainment were free.

At the Padstow hatchery, director Dom Boothroyd said that they have been heavily dependent on contributions from organizations and events such as the festival, and are only now starting to turn to the UK government for assistance with expanding its research programs.

The hatchery is also planning to expand production on a new site on the outskirts of Padstow.

“We also have an R&D officer looking into diets for improving survival and growth rates, and we’re in the process of redesigning cages [for plant-out into the ocean] and using types used elsewhere,” he said. The hatchery will also engage a second doctoral student to assist with a genetics-based study of local lobster stocks.

“We have some funding in place from the Technology Strategy Board of the UK. We’re trying to diversify the income stream. At the moment we get a donation for every one [lobster] sold in the restaurants, and we’re about to launch our buy-one-set-one-free program.”