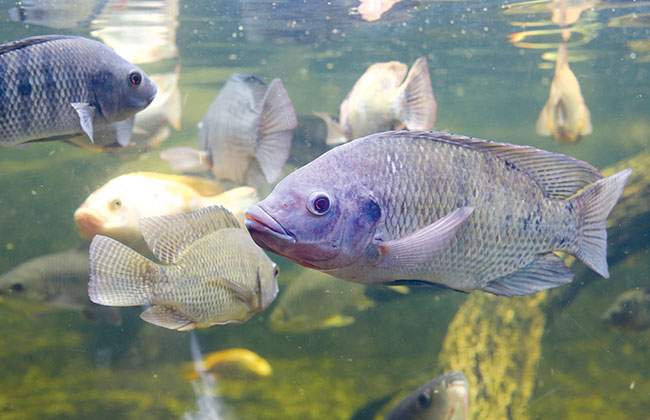 Producing Lake Virus (TiLV)-free tilapia (Oreochromis niloticus) seeds starts with using TiLV-free broodstock, according to a study from Thailand, which recommended a grassroots approach for hatcheries.

The study of Ha Thanh Donga et al suggested that TiLV can be transmitted vertically.

The study, “Experimental infection reveals transmission of tilapia lake virus (TiLV) from tilapia broodstock to their reproductive organs and fertilized eggs,” was published in Aquaculture. The study team consisted of researchers from Suan Sunandha Rajabhat University, Mahidol University, National Science and Technology Development Agency and Chulalongkorn University, all located in Thailand, and Worldfish in Bangladesh and Malaysia.

“This study suggests that TiLV caused systemic infection in tilapia broodstock and that the virus is capable to circulate into the reproductive organs of both male and female via the blood circulatory system,” the authors said. TiLV was injected intramuscularly into broodstock during the experiment.

TiLV is an emerging virus associated with mass mortalities in farmed and wild tilapia in different parts of the world. It has previously been observed in an environment with infected fish and clinically healthy fish, confirming horizontal and waterborne transmission.

The preliminary investigation indicated that there was a proportion of apparently healthy tilapia broodstock that tested positive for TiLV. In the experiment, researchers used an under-lethal dose that allowed broodstock to survive from infection and produce no clinical signs.

“This might explain the absence of typical syncytial hepatitis pathology in the infected broodstock that were apparently healthy at Day 6 post-infection,” the study said.

Due to limitations in the investigation, it is not known whether the infected fertilized eggs would develop to fry and fingerlings, and if the virus would still be infectious through their development stages.