Located in Kushimoto, Wakayama Prefecture, Kindai's Oshima Station of Aquaculture Research Institute has been at the forefront of research into farm-raised Pacific bluefin tuna since 1970, when researchers started by catching small juveniles off the coast of Wakayama using set nets. In 2002, Kindai became first in the world to fully close the life-cycle on the species. 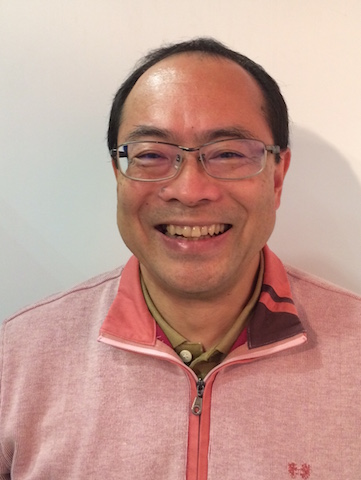 Bluefin tuna are known worldwide as a species on the brink. However

“Back then, there were many challenges,” explains Professor Yoshifumi Sawada, director of the

Oshima Station. “For example, bluefin have delicate scales and bruise easily, and they cannot open and shut their gill covers so they swim continuously to breathe with their mouths open.”

Kindai’s pioneering work has been attracting worldwide attention for years. The university’s method is full-cycle aquaculture; raising artificially hatched larvae to adults, collecting their eggs and hatching them to create subsequent egg-laying generations. Broodstock are raised until they reach around 1.5 meters long and weigh 80kg, at which point their fertilized eggs are gathered from the water surface. One female lays several million eggs, each about 1 millimeter in diameter.

“VNN (Viral Nervous Necrosis) can be a huge problem,” Professor Sawada explained. “Once the eggs are collected we disinfect their outer layer using ozone bleach water, by immersing the eggs in it, just once, for around 3 to 5 minutes.”

Two million eggs are put into large tanks with one-cubic-meter nettings for incubation. Later they are collected and transferred to rearing tanks, or transported by air to another station. The most important thing to watch for at this stage is oxygen concentration in the water.

“We saturate the water (seawater) by oxygen aeration, but fertilized eggs are less dense than the water so they rise to the surface,” Professor Sawada said. “Sometimes, they form a high concentration egg layer, where oxygen consumption occurs as the eggs breathe. The eggs absorb oxygen and release carbon dioxide but this can have a bad effect on egg development. If there is an oxygen deficiency and high carbon dioxide concentration during transportation, the fish could end up with problems like spinal defects after hatching.”

Once the eggs have hatched into larvae, they’re around 3mm in length. They are then reared in tanks on land until they’re about 6-7 centimetres long. They are given rotifer-enriched DHA two times a day, morning and afternoon, from three days after hatching until around 15 days.

The seawater comes from coastal areas in front of the hatcheries, where it is pumped and filtered before being disinfected with UV. Adding microalgae helps stabilize water quality. The algae also provide enrichment for the rotifers.

The ideal water temperature for bluefin is around 21-29°C (24-25°C is the most suitable during early stages), pH around 8 or 8.5 and dissolved oxygen over 90%. But Professor Sawada says that when it comes to feed there are still some challenges.

“We are not sure why this is. We tried to cultivate copepods but this is difficult because wild copepods contain a lot of DHA from eating DHA-containing phytoplankton and as a result, accumulate DHA in their bodies. One day we may be able to cultivate copepods, although cannibalism makes this hard. Copepods are particle feeders and often eat the nauplii that they spawn.”

Other issues to address, he said, include preventing death during the larval stage.

“What we call floating deaths occur mainly during the day, about three days after hatching. Aeration in land-based tanks creates an upwelling current that traps the larvae at the surface. As a result, they die. Egg quality is a factor. The higher the quality, the lower the death rate. What we call sinking deaths occur at night among 3-7 day-old larvae. These have a high body density compared to seawater and their swimming decreases at night, making them sink and die.”

To prevent floating deaths, the university decreases aeration and creates an oil film on the water surface but this inhibits swim bladder inflation in the larvae. As a result, their body density rises and they sink and die. To address sinking deaths, a surface skimmer is used to remove oil from the water at a particular time. The challenge is achieving the right balance between adding and removing the oil.

From fry to adults

About 30 days after hatching, the larvae grow into fry and are moved from land-based tanks to ocean net cages.

“These have more space and are better suited to bluefin that swim all the time,” Professor Sawada said. “In tanks the fish collide with the walls, and land-based operations incur huge maintenance and electricity costs. Once the fish are big enough, the rest of our farming is done at sea.”

The fry are first given an artificially formulated, enzyme-treated fishmeal diet every 15 minutes through a feeder machine. The diet, developed five years ago with Japanese feed manufacturers, is a special combination of vitamins, oils and proteins. One fairly urgent issue for Kindai is moving from fishmeal to plant protein for the sea stage. This is owing to recent increases in the price of fishmeal.

As the fry grow big enough to be moved to ocean net cages, they continue to receive the

enzyme-treated fishmeal diet every hour from sunrise to sunset.

“Feed costs are half the total costs of tuna production, so we need cheaper materials like plant protein to bring costs down,” said Professor Sawada. “It’s possible to address the issue of feed in two ways. The first is developing plant protein feeds, and the other is producing a breed of tuna that can digest plant proteins more effectively.”

“It’s the most realistic way,” Professor Sawada explained. “Soybean, corn meal and sugar cane are all possibilities. Although the enzyme-treated fishmeal works, sometimes the fish don’t eat it because the contents have been altered. We need to create alternative diets.”

Despite the challenges, Kindai is looking toward further cultivation. While striving to continue its research and increase production, it is sharing information and emphasizing areas such as safety and biosecurity. Professor Sawada is confident that his research can make a difference.

“Thanks to our control over all processes of the bluefin lifecycle,” he said, “we can offer a stable supply of tuna without depending on fish stocks in the wild.”