A mitigation hatchery in Washington State compares its rearing water sources and the impacts on juvenile fish health. 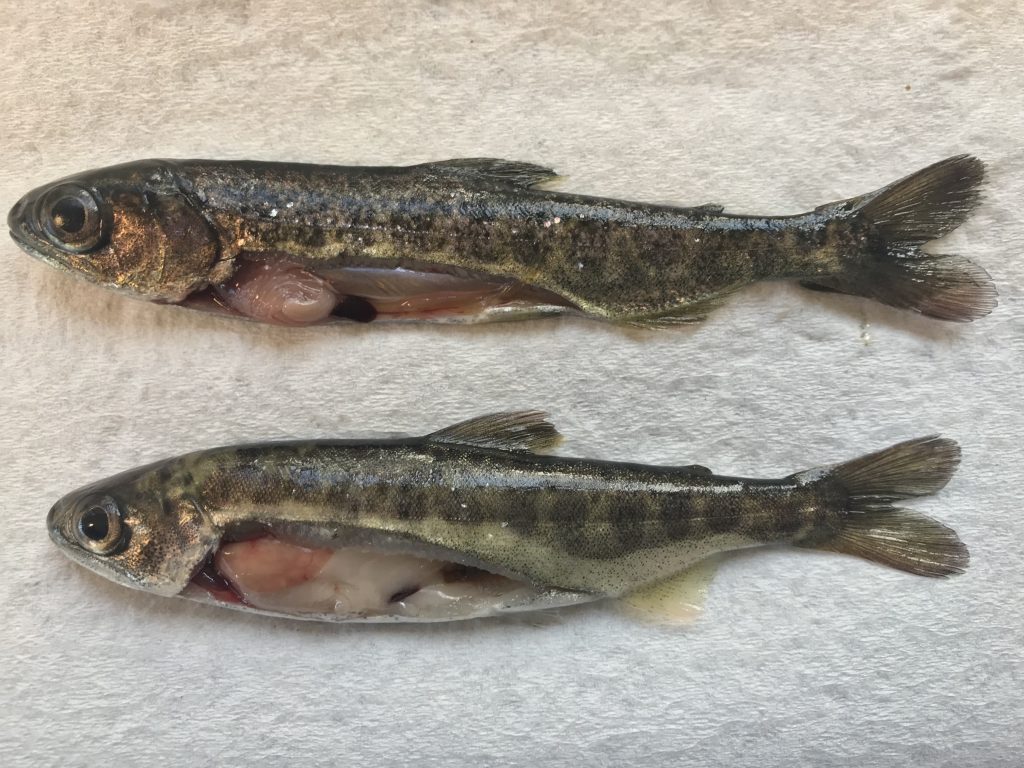 Leavenworth National Fish Hatchery is located in the center of Washington State, in the western United States. It was built in 1940 to mitigate the impact of the Grand Coulee Dam on native fish stocks.

The predominant water source for the hatchery is Icicle Creek, a fourth order stream in the watershed. Increased surface water temperature, reduced flow, and the ability to transport water to the hatchery efficiently are considered significant threats to fish health at the facility. In 2017, a trial to mitigate poor surface water by rearing juveniles on 100% groundwater (well water) was conducted. From June 1st through July 21st, 600,000 of the 1.2 million spring Chinook salmon produced were reared solely on groundwater.

Throughout the trial, raceways receiving groundwater were vacuumed to maximize water quality and quantity. Vacuuming also played a vital role in reducing fin erosion and inflammation in the gills, increasing the overall health of the fish compared to the standard rearing group.

The trial came to an unforeseen end on July 21st when a primary well failed, reducing the available groundwater by 25%. At that time all trial raceways were switched back to normal operation, a combination of surface water (90%) and groundwater (10%).

Visual observations during weekly fish health exams showed fish reared on groundwater had additional fat reserves compared to juveniles reared on surface water. This was likely due to reduced flow velocity and temperature differences between groundwater and surface water.

Following the trial in August an Ichthyophthirius multifiliis (“Ich”) infestation occurred. The fish reared solely on groundwater a month prior to the Ich infestation had a decreased parasite load compared to those reared throughout on surface water and did not require chemical treatment. This could possibly be related to better overall health and vacuuming in June and July.

Although the trial ended prematurely, we were able to determine that fish reared on groundwater were potentially healthier compared to fish reared on surface water. This finding was particularly enlightening because despite predictions of warm water and low flows the water year in 2017 was colder and had higher flows than average. Additionally, 2017 was one of the lowest adult return years on record, which likely lowered the pathogen loads in the surface water sourced from Icicle Creek later in the year. In years of lower flows and increased adult returns, we predict that the health differences between the two trial groups would increase.

We also learned that there is insufficient groundwater to support merely half of the production for extended time periods. The current intake line was constructed in 1940; if it were to fail we would most likely need to release most of the production depending on time of year. Refurbishing our existing wells and associated infrastructure may increase output, but new groundwater resources are needed. In an effort to maximize limited quality water Leavenworth National Fish Hatchery is also preparing a pilot study to include a Partial Reuse Aquaculture System to reduce water consumption.