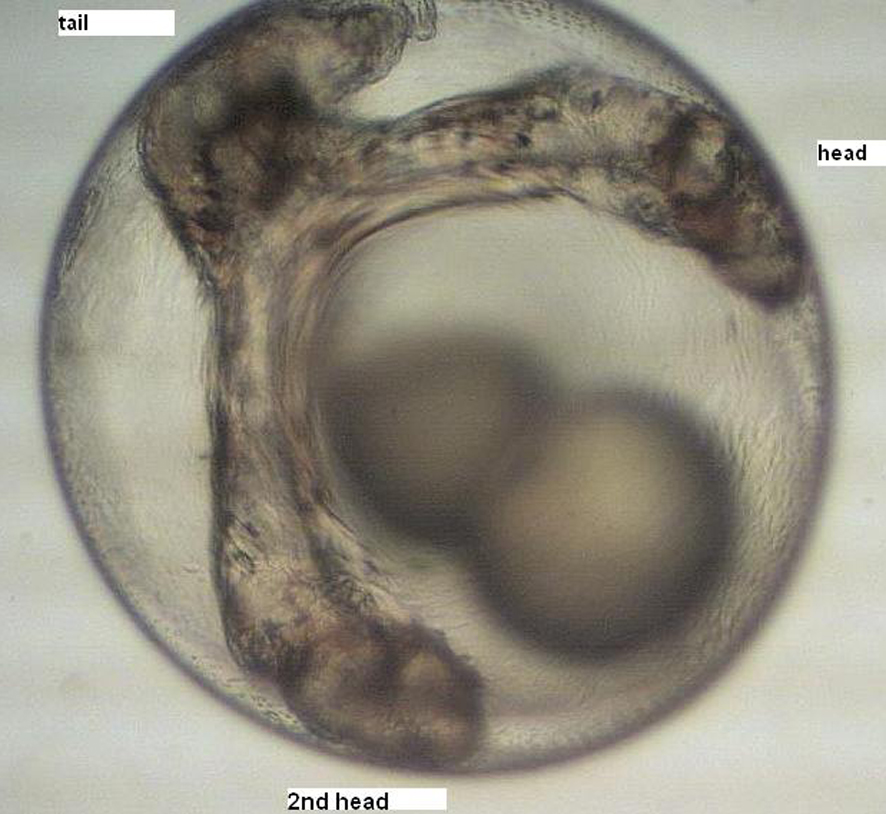 The use of agricultural chemicals is an issue of critical importance to the well being of the planet’s ability to produce food.  However, with more evidence coming of their overuse, misuse, and capacity to persist in the environment, long-term adverse effects are being recorded around the globe. So much so that some that have been widely used have been banned or their use severely restricted. Nevertheless others have replaced them and the problems continue, unabated.

Aquatic organisms are very much the canary in the mine in many of these environmental alerts. One such alert has been the situation at Gwen Gilson’s Sunland Fish Hatchery, first profiled by Hatchery International  in January 2006 .

Located near Lake Cootharaba on Queensland’s Sunshine Coast, the hatchery’s troubles began in the early 1990s when spraying of a newly planted macadamia grove commenced.

The hatchery, enclosed by the macadamia plantation on three sides, suffered occasional kills and larval deformities.

These intensified in 2005, coinciding with the deployment by the macadamia farm of a spray-rig that put a much larger plume of chemicals into the atmosphere. From this point on Gwen was unable to rear fry of Australian bass (Macquaria novemaculeata), her main source of income, nor keep livestock and poultry on the property. Her own health also suffered.

The events that followed are well recorded, both clinically and photographically. Hatchery International has reported on the fish and livestock deformities and mortalities since 2008.

Complaints to Queensland State Authorities resulted in the establishment of the Noosa Fish Health Investigation Taskforce in January 2009. Its role was to investigate fish health problems at the Sunland Fish Hatchery, and broader fish health issues associated with the Noosa River catchment. The report was completed in 2010, but not released until 2011 due to ongoing court proceedings, since Gwen had filed a legal suit against the macadamia farm.

Gwen has been able to continue in the hatchery business by occupying a site (Ringtail) remote from Gilsons Road. However, attempts to use the Sunlands site, water from it, and hay to generate and fertilize a plankton bloom, are followed by fish larval deformities and mortalities. Even visiting Sunlands is taking its toll on her health.

‘Investigations such as this Noosa Fish Health Investigation are complex and difficult and not uncommon around the world. They are characterised by uncertainty. […] The identification of a single causal relationship is often not possible as the investigation is conducted in a natural system influenced by a multitude of factors. In this case these factors included potential toxicants, a range of potential non‐contaminant stressors and a highly variable biological system.

However, the report claimed that in the absence of controlled experimentation (not possible in the time frame considered) a concerted effort had been made to assess the available data, and that more work would be needed to identify, investigate and report on alternative hypotheses, which had not been the prime focus of the investigation.

In response to the argument for the use of the precautionary principle to ban or restrict the use of specific agricultural chemicals until more complete answers could be known, the report stated that deregistering a highly useful chemical would be premature and not supported by the evidence, claiming that some of the data did not support the hypothesis that agricultural chemicals were the primary cause. The fish kills and deformities were occurring at only one location and farms in similar situations were not experiencing problems. (Note: your correspondent knows of no other fish farm in Australia surrounded on three sides by a macadamia grove.

The report suggested that protocols could be established at the hatchery to limit exposure to or influence of any potential causal agent, notwithstanding the fact that testing procedures were detecting chemicals at levels far below current legal threshold levels for immediate action, and fish were showing deformities and dying at these legally acceptable levels.

Twenty-nine recommendations came out of the Report.  The ones made to the Sunland Hatchery Operator (# 6-9) were essentially “Aquaculture 101” , and borderline insulting to someone who had run a successful hatchery since 1980 prior to these events, not to mention blindingly frustrating for someone who had endured such a traumatic disruption to their livelihood.

There’s also a deal of irony in these recommendations: it was Gwen’s complete and detailed records that drove the authorities to establish the Taskforce in the first place.

Gwen is unable to comment on the situation. The matter was taken to court in April 2010 and the out–of-court settlement conditions restrict her to one of two responses: either “No comment”, or “The matter has been resolved without any admission of liability. A Notice of Discontinuance has been filed and the dispute is at an end.”

Nonetheless, her life remains in turmoil. Frustrated by bureaucratic indifference to the situation, she has run several trials to establish the toxicity of the Sunlands water. One recent experiment involved breeding silver perch (Bidyanus bidyanus) at Ringtail and rearing the hatched larvae in otherwise identical conditions but in two lots of water, one trucked in from Sunlands, and the other from Ringtail.  The photos follow the development of the two cohorts.

Throughout this whole process, from the first reporting of the malformations and mortalities at Sunland Fish Hatchery to the Taskforce, and its subsequent recommendations, there has prevailed an absence of empathy with the gravity of the situation that these events exposed.

The Australian Pesticides & Veterinary Medicines Authority (APVMA) was tasked with five unexceptionally challenging recommendations, all of which have been addressed. (http://archive.apvms.gov.au/archive/chemicals_news/nfhit.php)

While it may be unkind, it would not be altogether unfair to say the APVMA didn’t really rise to the challenge. As an example consider Recommendation 12: Review the priority for the Chemical Review Program for the environmental consequences of the use of methidathion, carbendazim, trichlorfon, methoxyfenozide and beta‐cyfluthrin.

In a written reply, the APVMA said they had ‘considered all of the material presented to the Noosa taskforce but chose not to re-prioritize any of these chemicals for review as a result of the information. The APVMA has an ongoing process to identify and prioritize chemicals for review, in conjunction with its external advisory agencies, the Department of the Environment, and the Office of Chemical Safety in the Department of Health’.

Dr Matt Landos, who has been a tireless campaigner to have APVMA regulations for agricultural chemicals reflect global priorities on their use, (based on the available science and professional contact with adverse situations encountered in the Noosa situation), has made the following comment  “Whilst the Queensland Government and the APVMA cannot get their collective heads around the consequences of endocrine disruption, the rest of the world is getting on with the priority of reducing exposures.

“The science is well and truly in. The policy response is lagging badly”, he said.